You are here: Home>New contributions>Killererin and the Nelson Mandela connection

Killererin and the Nelson Mandela connection 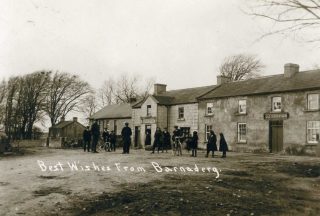 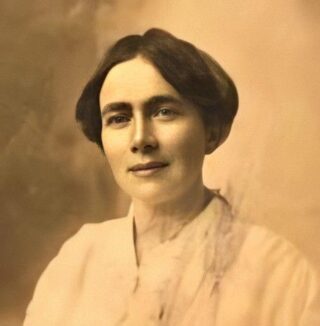 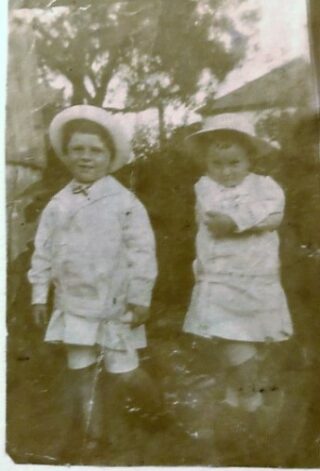 Julia's sons, Charles and Joseph Bishop - Brian's father is on the left 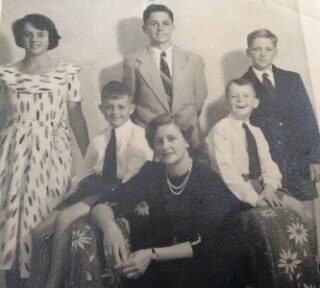 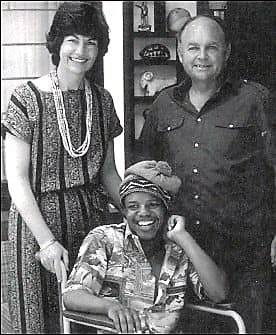 Killererin was home to many Rooneys in the nineteenth century – Bryan, John, Martin, Michael, Thomas, Patrick, Thady and Francis Rooney were all recorded there in Griffiths Valuation (1855).

Francis (1824 – 1907) married Bridget McHugh (1832 – 1923) in 1851 and they raised ten children in Stowelodge. Julia, the youngest, was born in 1876. In 1897 she married widower Thomas Hessian, father of two young children – James and Mary Delia. Thomas had joined the RIC but resigned from the force in 1891. He then built and ran the Red Gap public house in Barnaderg. After Thomas died in 1902, Julia moved to the Western Cape in South Africa, where her grandson Brian Bishop made an outstanding contribution to the toppling of the apartheid regime that held sway in South Africa from 1948 to the early 1990s.

In 1909, Julia married Englishman Louis Bishop, with whom she had two children – Charles and Joseph. When Louis died in 1914, she worked as a matron at the prison complex in Roeland Street in Cape Town. An auxiliary hospital was set up there in 1918 to cater for the prisoners and warders who were suffering from the Spanish Flu and Julia found herself at the front line of the pandemic. Her eldest son Charles married Edith McCarthy in 1934, and Brian, named after Brian Boru, was born the following year. Charles died in 1946, leaving his wife with five children, all under the age of eleven. Thanks to the generosity of her second husband, Willie Sullivan, Edith fulfilled Charles’s dying wish that all five of their children would finish at a good Catholic
school.

From an early age, Brian detested the injustices suffered by the non-White population under apartheid rule. With his first wife, Frances Butt, he opened two night schools for African labourers, which were closed down by the Government. He then worked with human rights organisations – doing backroom research, recording statements, capacity-building and using his contacts in the Press to highlight abuses. Frances was always supportive of her husband’s work shouldering much of the parenting of their five children. In time, they separated and in 1975, he married Di Weaver, a fellow campaigner.

Justice for the Black people of South Africa

Brian and Di campaigned tirelessly for justice for the oppressed Black people of South Africa. Because of their open opposition to apartheid, they were under the surveillance of the authorities, received death threats and had their house and car petrol-bombed. In 1960 Brian sheltered a Black man who was on the run from the state-run Security Force. His brother John recalls meeting this man whom Brian introduced as his new gardener. The garden was so small that John wondered why his brother needed a gardener. He later discovered that the ‘gardener’ was none other than Nelson Mandela, who became the first democratically elected President of South Africa in 1994. While in hiding, Mandela stood as Godfather to Brian’s daughter Patricia.

When Brian died in 1985, Mandela sent a note of condolence from his prison cell to Brian’s family. In 1995, as President of South Africa, he sent another note to ‘convey best wishes and assure you that Brian’s contribution to the struggle will always be treasured’.

Brian was acutely conscious of the individual victims of the Security Force. In 1981 when anti apartheid activist Siphiwo Mtimkulu survived a poisoning attempt that left him debilitated, Brian and Di took him into their home. Some months later, when Siphiwo disappeared without trace, Brian offered a reward for information as to his whereabouts. He understood how important it was for Siphiwo’s family to bury him according to the Xhosa tradition. When Sipho Hashe, Champion Galela and Qaqawuli Godolozi – the Pebco Three -were abducted and murdered in 1985, he offered a similar reward. Through his contacts, he highlighted the arrest at a roadblock and subsequent murder in 1985 of Matthew Goniwe, Fort Calata, Sicelo Mhlauli and Sparrow Mkhonto, who were collectively known as the Cradock Four.

Forced removal of South Africans from their homes

African people were being forcibly removed from their homes to live in their supposedly independent homelands. With the shortage of accommodation in the Western Cape, many ended up in squatters’ camps which were routinely destroyed by the authorities. In 1982 when the Anglican Church offered shelter to some of these people in St George’s Cathedral in Cape Town, Brian stayed and prayed with them at night. During the day, he and one of his daughters transported groups of them to his house for a shower and a hot meal.

Much of the work of Brian and Di was low-key but vital to those at the receiving end. They helped families with the paperwork required to visit relatives at Robben Island prison and often drove them to get the ferry to the facility. They arranged for children of political prisoners to receive bursaries to further their education. Their attendance at funerals of alleged victims of the Security Force gave comfort to the mourners but aggravated the authorities.

On December 28th, 1985, Brian, Di and campaigners Molly Blackburn and her sister Judith Chalmers were returning home after spending the day collecting witness statements. They were allowed to pass through a roadblock where all other traffic was being stopped. Shortly afterwards, they were involved in a head-on collision, which left Brian and Molly dead and Di and Judith injured.

Many people paid tribute to Brian – the late Bishop Desmond Tutu referred to him as ‘a witness for justice’. Unlike Mandela or Tutu, Brian was a White man fighting apartheid and was one of the few Whites trusted and respected by the Black community. His legacy was summarised at his funeral by Black mourners as they chanted ‘hamba kahle (farewell) – you gave us hope’.

Awarded for service to his country

On 28th April 2016, in recognition of his service to his country, Brian was posthumously awarded the Order of Luthuli in Silver by the President of South Africa for ‘his excellent contribution to the liberation struggle and fighting the tyranny of the oppressive apartheid state. He gave his life for the liberation of the people of South Africa’.