You are here: Home>Out and About in Killererin>Killererin During the War Years

Killererin During the War Years 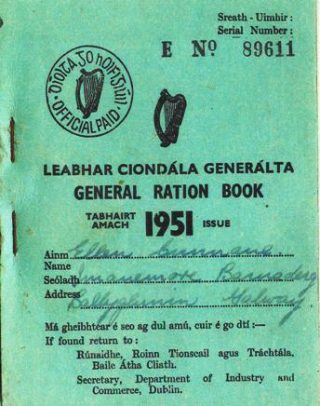 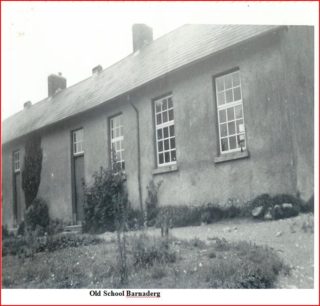 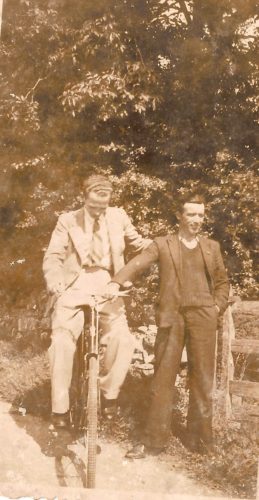 It is easy to understand the Famine disaster in Ireland in 1847, or Black’47 as it’s called. We were under British Rule and the whole thing was caused by the blight of the potato crop. Not so, or country is surrounded by an ocean of food, our rivers were full of fish and our woodlands and bogs were full of wildlife, and still people died from hunger. Why? Answer: access.

One hundred years on, we were again in the same position under our own government. Everything was rationed and every family had a ration book which you had to bring to your shop to buy food. Yet one could get all the goods that were rationed on the Black Market in our parish if  you had money to buy it. Some had, some had not.

The menu on schooldays was very limited. Tea if you had it. Bread and butter or porridge for breakfast. Lunch at school was two slices of bread and butter wrapped in newspaper and dessert would be a big green sour apple nicked from Miss Delaney’s orchard next door. Dinner would be good as most people had their own vegetables and potatoes and killed and cured their own bacon. Malnutrition was evident in many cases and TB was rampant.

Then we were hit with the bad harvest of 1946 and the cold freeze-up winter in 1947. Volunteers had to come out from the towns to try to salvage the harvest which was of very poor quality and the cold winter took its toll on man and beast alike. The rabbit fed the people of Ireland and England in those times.

People were self-supporting for the basic foodstuffs but did suffer from the lack of clothes and shoes etc. like Third World countries today. School times in Killererin were happy times and I went to school with the finest bunch of boys and girls one could meet. I think it would be nice sometime soon to coincide with your annual festival to invite the lads who left school at the age of 14 from 1940 to 1950 for a reunion. Some are here, some are all over the world and some have gone to their eternal reward.

The Sugar factory in Tuam gave extra income to many families in Killererin. The journey was long, the work was hard and the pay was small. One man who worked the first campaign and the last told me that he got more money for two shifts in the last, than he got for all of the first which was eight weeks. Petrol cars were few. Transport was by shanks-mare (walking) or bike.

One man in my village bought a bike ad he walked with it from Tuam as he didn’t know how to ride it, and he  practised between two ridges of spuds. The bike in the dike and a leg on each ridge. He was 40 at the time.

People shared a lot and helped each other, horses, farm tools and milk. One man I knew always said, “you come with me the Day and I go with you The Morrow”. He always got his done first.

I must mention one very important place of entertainment – Comers’ Hall. If those walls could speak, what tales they would tell. Well done Mick and Mrs. Comer. You kept our parish alive and happy when things weren’t so good on the outside. A sincere thank you to all the O’Sullivan family , Willie Hanrahan and all the other teachers who gave us that all-important start in life and our faith to pass on to our children and theirs.