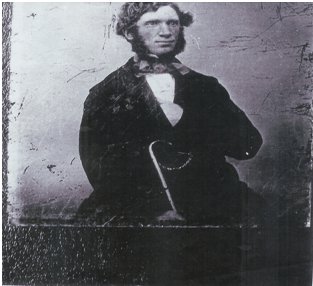 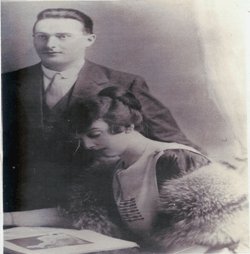 The Kirwan family were a large and influential family with many branches, including the Kirwans of Cregg, Blindwell, Castlehackett, Dangan and Hillsbrook.[1] The largest area of land held by the Kirwans was in Hillsbrook. The house there was described as ‘a neat, modern edifice with suitable offices, all in perfect repair. The land consists of arable, meadow and pasture of superior quality with a considerable portion of bottom pasture, upon which the owner expended a large sum of money a few years ago, in draining and otherwise improving same’[2]. The demesne also included almost 7 acres of plantation said to be in good condition and thriving. The branch of the Kirwans with a connection to Killererin, those from Hillsbrook, owe this connection to Thomas Kirwan who was a 2nd son of Martin Kirwan and Eliza Bodkin who married in 1668. Thomas married his cousin Julia Kirwan (Julia’s father was John Kirwan of Knock). They had 7 children and the youngest of these was John Kirwan who died in 1795 in Hillsbrook. John Kirwan was married to Mary Mahon.

John Kirwan and Mary Mahon had 5 children, Joseph, Martin, Teresa, Matilda and Harriet. The oldest son, John, married Mary Lynch and died without an heir. Martin Kirwan married Mary Burke in 1806 and he listed his residences as Knockdromadough and Stowe Lodge, Killererin, Tuam. Martin was the father of John Joseph Andrew Kirwan (1811-1869) as well as 5 other children, Barbara, Henry, Myles, Martin and Mary.

John J.A. Kirwan listed his residences as Castlecomer and Hillsbrook, Dangan. He married Mary Isabella Burke (Mary Isabella was the daughter of Major William Burke and Lady Bermingham who was in turn the daughter of the 2nd Earl of Howth – her married name became St Lawrence).[3] John J.A. Kirwan attended Trinity College, Dublin, where he studied law. He was listed in the Gray’s Inn Register of Admissions 1521-1889, aged 28.[4] He was called to the bar in 1845.[5] John J.A. Kirwan was later also listed in Thom’s Directory 1862 as a Deputy Lieutenant (DL) and Magistrate.[6]

John J.A. Kirwan and Mary Isabella’s children included Martin Kirwan (1835-1865) who was a captain in the Dublin City Militia, William Joseph Kirwan (b. 1837) who was a lieutenant in the Galway Militia, Andrew Kirwan who was an officer in Australia, (b. 1839), Henry Kirwan (1841-1910), Thomas Kirwan and Matilda Harriet Josephine Kirwan. William Kirwan married Kathleen (Kate), pre-marriage name unknown in 1861 and had a daughter, Lydia Mary Isabella, who was born in 1862

On 13th February 1847, Glenrock, was again advertised with application to be made to Mrs Myles Kirwan or Henry Kirwan, Knock Lodge, Dangan.[8] Glenrock was destroyed by a fire in 1924.

In November 1863, the Hillsbrook Estate was advertised for sale in the Landed Estates Court. The estate was described as situated near the ‘excellent’ market town of Tuam and comprising extensive, well-drained bog, easily (sic) convertible to pasture. The village of Barnaderg formed part of the estate and included the National School and Police Barracks. In the village a fair was held every Friday, ‘where corn meets with a ready sale’.[9] John Andrew Kirwan, it was noted, established 4 of the fairs held in the village ‘but owing to his non-residence at Hillsbrook for some time past, same have been discontinued’.[10] Any potential buyer would also have access to the 4 fairs held there which were considered some of the best in the county.

Lands included in sale of the Hillsbrook Estate

Purchasers of land advertised in sale

The lands at Stowe Lodge were purchased by Mr Burke for £1,025 while ‘the sale of Lot 2 and others was adjourned upon application of Mr W.G. Delaney, solicitor for parties interested’.[11] The land in the townland of Derrybaun was bought by Mr E. Bradley for £350. Lots 4, 5, 6, 10 and 11 were adjourned due to insufficient bidding.

Finally, the Description of particulars in relation to the sale of the estate stated that the area afforded excellent fishing as well as shooting and was occupied by a ‘peaceable tenantry’[12]. Although the estate was situated within the Monivea Arterial Drainage District, no drainage works had taken place within the estate by that time. Under the Land Improvement Act, £320 was borrowed for the improvement of lands in Hillsbrook, Derrybaun, Stowe Lodge, Tigreenaun, Cottage, Knock, Barnaderg South, Peak and Lissavalley. The balance on the loan was to be repaid from purchase money.[13]

According to Ita Barrett (nee McHugh), a former resident of the parish, now living in Co. Limerick, and Bina Devaney, Lissavalley, Henry Kirwan married Margaret Martyn of Ross House, Moycullen, and they had a daughter Margaret who married Ulick Burke of Cloonagh House. This house is now is ruins. Ulick and Margaret had a son, John Henry Burke, who lived in Fort Browne House, Clonberne, and a daughter Barbara Burke. Barbara married Patrick McHugh, Barnaderg. They lived in Knocklodge until they died. Knocklodge was then sold by their family. Gerard Morris, who was born in Barnaderg, referred to Ulick Burke’s house as the ‘big house’ in the village. He confirmed that Barbara Burke married Patrick McHugh of McHugh’s shop.[14] Thomas and Caroline Cahill live in the house now.