You are here: Home>People>Nolan of Garra House 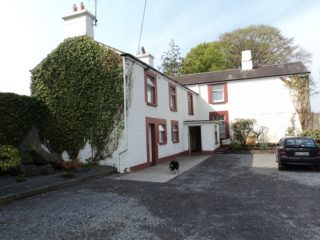 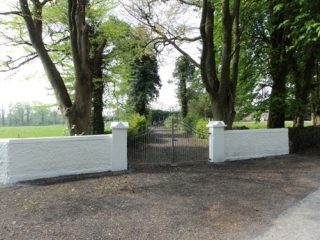 In 1855, Arthur Browne leased land to Valentine Browne and Bridget A. Browne, which included a house, offices and a pound measuring 30 acres 1 rood and O perches; this is confirmed on the OS 1888 – 1913 map as Garra House.1 John Nolan was listed as the ‘owner of lands and residence over 1 acre’ in Garra, Ballyglunin’ between 1873 and 1875. He owned 124 acres.2 John was the youngest son of Anthony Nolan and he married Mary Graves, daughter of Andrew Graves Esquire of Derrynara.3

Garra House was purchased by Joseph Curran, aged 31 from Co. Mayo who lived there with his sister Nora. By 1911, Curran’s household also included his wife of 5 years, Nora and 3 children – Eileen Mary who was aged 3, Nora Christine who was aged 2 and Patrick Joseph who was aged 1 year. Curran employed 2 servants, Michael Corless, a farm servant who was aged 22 and Mary Mullen who was aged 18 and worked as a general servant.

Garra House today is the home of Dick and Eileen Holian née Curran, daughter of the late Joseph Curran.