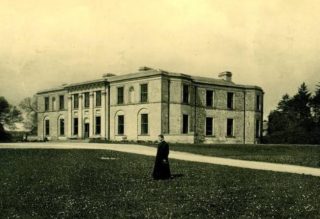 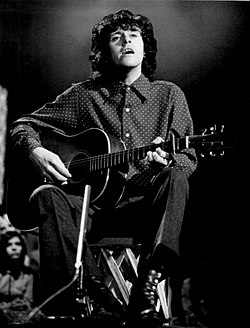 Moyne Park House, the Sacred Heart Missionaries novitiate near Tuam, has been sold for an undisclosed sum to Scottish singer and songwriter Donovan who will take up residence at his new home in April.  The 29 year old International record star, who was reported in last Sunday’s papers to be house hunting in this county, had in fact already visited Moyne Park and the purchase was made at the week-end.  He also bought 30 acres of land around the house and the remainder, some 200 acres, is to be divided by the Land Commission.

Weeks of speculation come to an end

The sale of Moyne Park to the singer ends weeks of speculation about the future of the house since it was announced that the Missionaries were moving to the former Domestic Economy College at Coolarne, Athenry.  At one stage, it was feared that all the land would be divided and that the house would be closed down completely.  Renovations on the Missionaries’ new base at Coolarne are now almost complete and the present Moyne community of 12 novices and seven priests will have moved there by Easter.

The  20-room mansion at Moyne was built by the last of the Brown family in 1830 and is in the late Georgian style.  The ceilings of the main rooms are highly ornamented, the work being done by an Italian artist and another feature of the house is the many fine marble fireplaces.

In 1908, it was bought on behalf of the Irish Hierarchy as a home for aged priests and in 1936 was acquired by the Sacred Heart Missionaries as a house of philosophy and theology.  During that period some 140 priests were educated and ordained there.  With a drop in the numbers entering the priesthood in recent years, Moyne was considered too big and not as functional as Coolarne and a decision to leave the Tuam house was made last May.

The new owner Donovan Leitch was born in Scotland in 1946 and shot to stardom in 1965 with his two first records “Catch the Wind” and “Colours”.  More recently he has been involved in the film world, writing the soundtrack for “Brother Sun Sister Moon” and playing a starring role in “The Pied Piper”.

Donovan is no stranger to this country for he lived for over a year in the Clifden area before returning to England last year to make a comeback to the pop scene.