You are here: Home>Places>Archaeology and Architecture of Killererin>Barnaderg find from 3500 B.C.

Discovery of saddle querns in Killererin 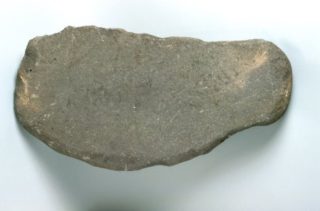 Example of Saddle quern from neolithic and bronze age
https://www.clarelibrary.ie/eolas/claremuseum/riches_of_clare/earth/saddle_quern.htm

Of course, there was life in Killererin long before the place ever required its Christian name. Pagan farmers worked the land there 5000 years ago and only a few hundred yards, from the present graveyard, archaeologist Jim Higgins made several important discoveries in the Barnaderg area. While conducting a field survey in the Barnadearg and Tuam area, Mr. Higgins found 2 saddle querns and a small partly hollowed basin stone of sandstone.

Where the saddle querns were found

The 1st find was made several hundred yards from Killererin area graveyard where the old medieval church is being conserved by his colleague Mr. Diarmuid Lavelle.  This was a fragmentary saddle quern of a type used during the Neolithic (New Stone Age) and Bronze Age. Several miles away a fine complete example of a saddle quern was discovered several hundred yards from Barnadearg Castle. A small partly artificially hollowed lump of sandstone was discovered about a half mile away towards Cahernagry. Since the objects were made of granite and sandstone, they were readily identifiable to the experienced archaeologist.

What Saddle Querns are used for

Saddle querns are the earliest type of quern used in Ireland and date to the Neolithic (3500-2000 B.C.) or Bronze Age (200-800 B.C.). They are usually made from hard gritty stones in which a hollow is made by moving an oval or rounded stone up and down in a to and fro movement – in order to grind grain and other foodstuffs.

The finds are of great significance for archaeologists hoping to reconstruct the economic pattern and way of life of our ancient ancestors and may also help in locating ancient settlement sites. The other item, stone with a hollow cut in 1 surface, may have been a primitive mortar of some sort.

Saddle querns are rare in Co. Galway, though 2 from Bauneogs, near Lough Sheeauns in Connemara have been written about by archaeologists, Jim Higgins and Michael Gibbons. There is 1 in the Mill Museum, Tuam.

This article was first published in the Tuam Herald but is also included in our history book, Killererin – A Parish History which is available for purchase elsewhere on this site.