You are here: Home>Places>Cloondahamper - A townland in focus

Cloondahamper - A townland in focus 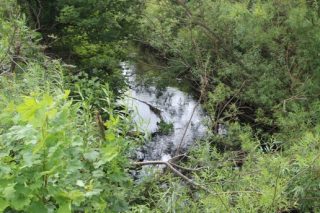 According to research by Cloondahamper resident Luke Silke, many people who lived in the townland emigrated in the mid-1800s and the early 1900s, so this townland is incicative of overall patterns of emigration from the parish during that era.

Some of those who emigrated included members of the Long family. Michael Long was recorded in the 1901 census. Michael’s parents were John Patrick Long of Cloondahamper, who was born in 1835, and Bridget Loughlin. They both survived the famine and after they married had 3 children, Michael, Bridget and Margaret. Michael married Bridget Fleming and of their 5 children, Rose, Katie and Patrick emigrated to Boston. Bridget married Tom Burke of Cloondahamper and Margaret married Ned Potter. Of Margaret and Ned’s 6 children, Ellen, Margaret and Katie emigrated to the US. Margaret Potter never married but she did return to Cloondahamper to visit her brother Arthur. Margaret died in Ireland in 1922, having brought with her from America a suitcase of old letters and postcards dating back to 1902.

The Potter name remains in Cloondahamper today. However, the Long family name has since died out as Patrick Long, son of Michael, never married nor returned to Cloondahamper after leaving for Boston.

Another Potter family member from the townland also emigrated. John Potter and his wife Mary lived in Cloondahamper and were mentioned on the 1901 census with their children Bridget and Maggie. It is believed that 6 of their other children had died from fever and that Bridget emigrated to the US and died on arrival.

The Hawd family, comprising John Hawd and Margaret Raferty, married in Killererin, and they had at least 2 children, Mary and Dominick Thomas. The latter married an English woman, Amelia Bonton, and so must have emigrated to the UK at some point. They had 3 children, Jack, Margaret and Alice and another child who died young. Both Jack and Alice were born in the UK.

Some of the Collins and Whyte family also left Cloondahamper. John Collins emigrated to Alaska and worked as a gold miner but he returned to the townland in the 1890s.

John Mitchell was living in Cloondahamper Blake in 1855 and he married Bridget Gleeson of Dunmore. The couple had 2 daughters, Mary who inherited the farm and house and Bridget who emigrated to the US.

Thomas Burke was also recorded in the townland in 1855. He married Honor Conagh and their children Thomas, John, Patrick and Catherine are said to have left Cloondahamper, travelling mainly to the US, leaving 2 other siblings Michael and Bridget at home.