The life and times of Catherine Ellen Gillon, Peak, Barnaderg 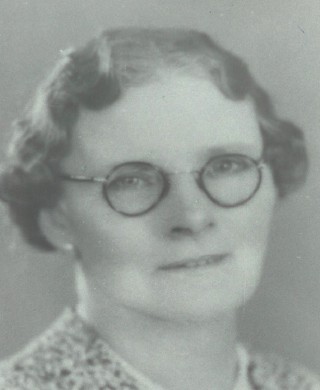 Catherine Gillon 1870 - 1958 who emigrated to Australia in 1886 from her home in Peak. For further information, see our publication, Killererin - A Parish History
Photo:Mary Geoghegan, Peak (one of her descendants) 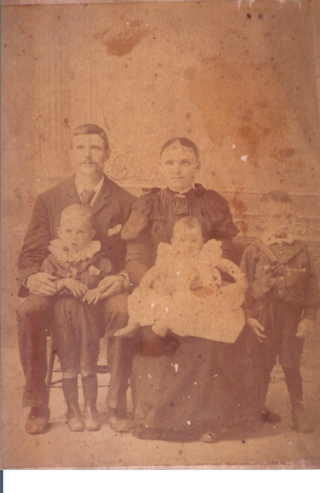 Catherine and James Gillon with three of their children
Photo: courtesy of Mary Geoghegan, Peak

Catherine Ellen Gillon (nee Geoghegan) was born in Peak, Barnaderg, in 1870. Her parents were Patrick Geoghegan, who was a native of Cortoon, and her mother was Mary Stones of Derrybaun.  Catherine was the eldest of her family and she had 2 brothers and a sister, the youngest of whom she had not seen before she emigrated.

When the letter came

In approximately 1886, when she was only a teenager, Catherine left for Australia where she joined her mother’s brother in Queensland. Her family recall receiving a letter from their uncle informing them that Catherine’s passage had been paid and that a job was waiting for her. She was overjoyed and the family recalls that, as she heard the news while she was digging ridges for potatoes, she threw the spade in the air with excitement at her joy of having been offered work in Australia. Her new job involved working in her Uncle’s hotel.

To journey to Australia, she went by train from Ballyglunin station in Killererin to Dublin, boarded a boat to England and from there travelled by ship to Sydney, New South Wales. It took about 6 weeks to get to Sydney and Catherine suffered badly from sea-sickness. She travelled north to Herberton, Queensland, where she worked for her uncle for a few years in his hotel. Later, she met her future husband, James Gillon, who was born in New Zealand but had Irish and French ancestry. He worked as an overseer in the sugar-cane fields and had to travel around on horseback. When their children came along, they had to take them with them on horseback. They had 7 children, 4 girls and 3 boys.

Some years later, the family moved to the semi-desert of the goldfields in Western Australia, driven by the ‘gold rush’ of that time. Their next move was to Perth where James set up a butcher’s cutting cart and later again they bought a farm near Pithara, Western Australia. After a few years on the farm, James was forced to return to Perth as he was suffering from silicosis or ‘miner’s lung’. He died in 1918.  During his illness, Catherine Ellen had to become the breadwinner and worked at various jobs to support their family. She was good at sewing and made all the clothes for her family as well as sewing for other people, which brought in much needed income.

As the children grew up, they all obtained employment. Most of the girls became seamstresses and two of the boys joined the army and were involved in the war of 1914-1918 during which one of them was badly gassed; he suffered poor health afterwards.

Catherine Ellen died on 16th March 1958 and was buried on St Patrick’s day.