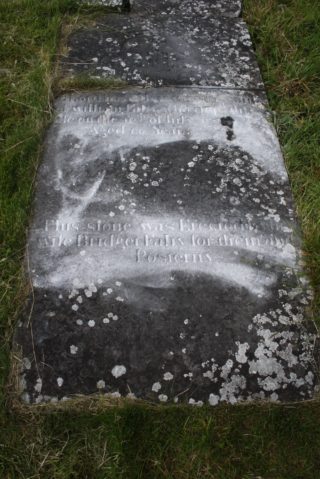 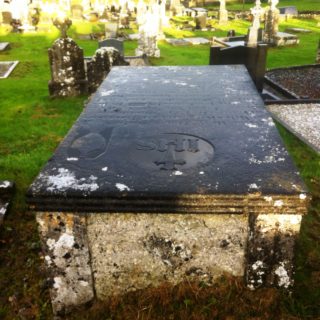 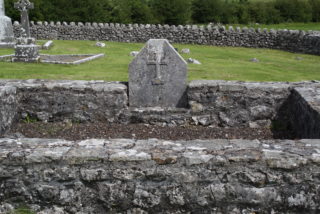 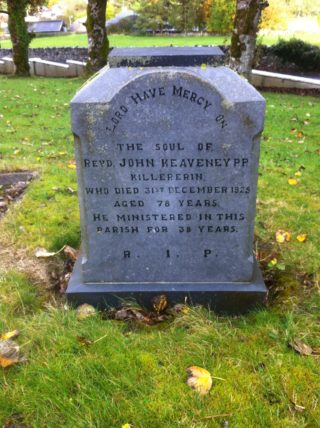 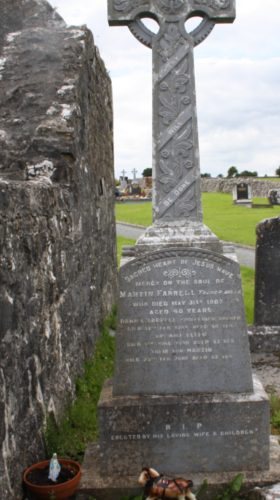 Thousands of our people have found their final resting places in various burial grounds dotted throughout the parish. These include Creevaghbawn graveyard, Killererin old and new graveyards, Lissavalley Church of Ireland site and various children’s burial grounds. In the earlier years, only the very well off could afford to erect a memorial but we are fortunate to have some memorials dating back to the early 18th century in our burial grounds.

The following is a mere sample of those recorded as finding their final resting places in our parish[1].

The earliest recorded memorial in Creevaghbawn graveyard is that of the Hurley family and dates to 1711. It is a flat flagstone and gives the following information:

Other memorials that date from the 18th and early 19th century include the following:

There are also some memorials which give information on occupations of the deceased person. The following gives an insight into some of the occupations listed:

The earliest recorded memorial in the old cemetery in Killererin is that of Patrick Scharry and dates back to 1706. It gives the following brief information:

IHS
Pray For Edmond Bur
ke Parish Priest of Ki
llereran who got me
Made for Him and His
Successors A. Nom 1726

The following is a tomb which is located inside the ruins of the old church:

IHS
Lord have mercy
On the soul of
Father Patrick Bermingham MICH.
His brother and Margaret
His wife, Nicholas their son
His wife Eliza.h
and their Defecndts (sic)
1792

This Monument was Erected by His Affectionate Sister Margaret, Donflan Alias Kirwan

IHS
Pray for the Soul of the
Rev. Patrick Waldron P.P. Killererin
Who Died Dec. 12 1887 Aged 47 Years
Erected by His Faithful Parishioners
R.I.P.

IHS
Lord Have Mercy on
The Soul of
Revd John Keaveney P.P.
Killererin
Who Died 31st December 1925
Aged 78 years.
He ministered In This
Parish for 38 years