Gerry and Bernadette Connolly, Clogherboy (first published in Out and About in Killererin in 2000) 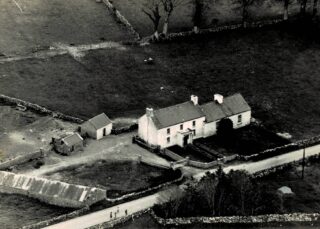 Clogherboy House in the 1920s
Gerry and Bernadette Connolly 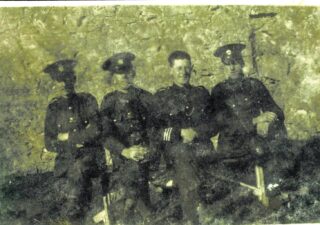 On the 8th December, 1923, after the Civil war, the Garda Siochána was founded.  The first Garda in Killererin took up residence in Clogherboy House which is now occupied by Gerry and Bernadette Connolly and family. For five years, the Garda barracks remained in Clogherboy until it was transferred to Barnaderg.

During this time and until recent times, many of our younger readers will be amazed to hear that there was a law which stated it was illegal for any person to drink in a pub unless it was three miles from their own home.

When the Gardaí left in 1928, part of the house was used a a dancehall before moving to Comers in Barnaderg Subsequently, Miss Curran, a teacher in Cahergal N.S. stayed for a few years.