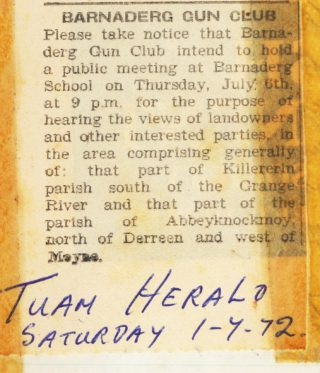 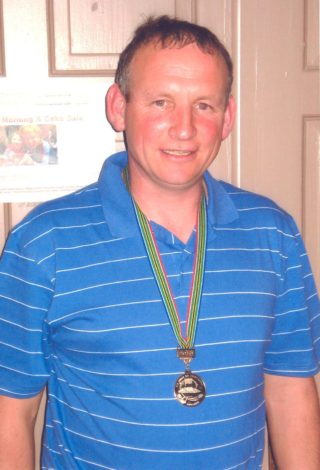 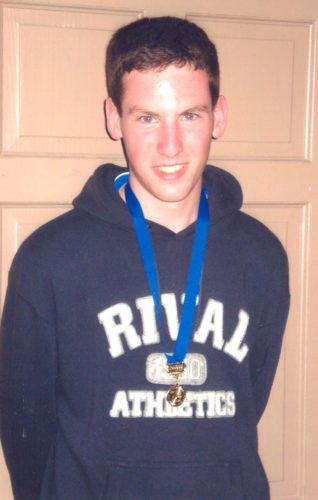 Adrian Noone, winner of the World Junior title in South Africa
Noone family, Garra

A public meeting was called to announce the new club. A notice was put in the Tuam Herald on 1st July 1972, giving the boundaries of the club.  A set of rules and a constitution were drawn up.

Going from strength to strength

Over the following years, the club grew. Pheasants were bought every year to add to the local stock. The club always had insurance and later joined the National Association of Regional Game Councils. All through the 1980s and 90s, the club was very active in vermin shooting – foxes, magpies and grey crows. Clay pigeon shooting became very popular and was very big all over the country.

Mike Noone, Garra, and his nephew Adrian Noone, Courskeaghmor,e were very talented members. They shot at all levels of shooting, both national and international. In 2010, Mike Noone won the gold medal in the World Cup in South Africa and Adrian won gold in the World Junior title.

For many years, the club held a parish social. In 1975, Barretts of Mountbellew was the venue and 350 tickets were sold at £1.25 each.  In its heyday, the club had about thirty-five members.

The club is a lot smaller now but is still releasing birds every year.[2] The club could not exist without the goodwill of all the farmers and people in the parish.