Extract from Killererin - A Parish History, published in 2015 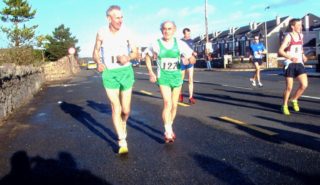 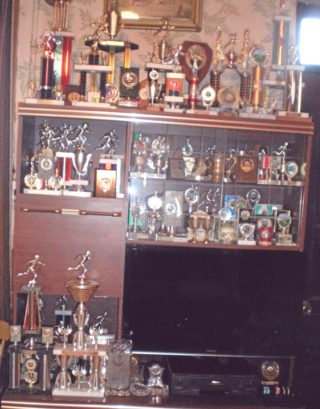 Some of the medals and trophies won by Mickey Kelly, Coolreagh, during his lifetime.
Killererin - A Parish History 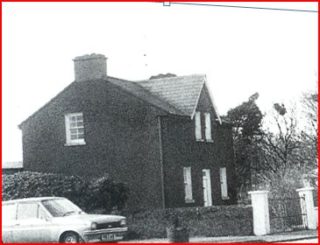 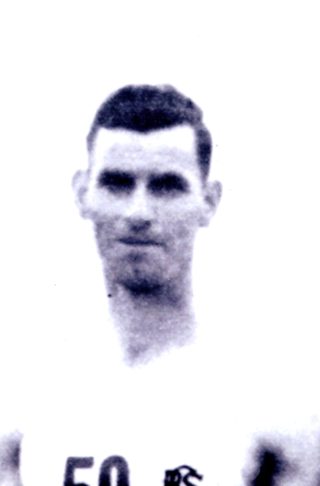 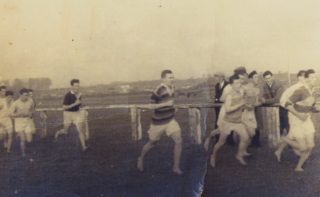 Athletics in Parkmore with some parishioners
Killererin - A Parish HIstory

In 1957, Martin Nicholson, Dangan, formed an Athletics Club in the parish. Prior to this, Killererin athletes ran with Tuam until such time when a rule was brought in that athletes had to compete with their local clubs. This led to the formation of St James’ Athletics Club in Killererin.

Success from the start

In its first year the new club had notable successes finishing in 3rd place overall with Tom Meehan finishing 4th and Mickey Kelly finishing 5th in the Galway Senior Cross-Country championships. They went one better in the Connacht Championships by finishing 2nd with Tom Meehan their first man home in 5th position. A few weeks after the Connacht finals, Tom Meehan showed great form being the second Galway man home in the All Irelands in 12th position. The team went from strength to strength over the next couple of years, before most of the runners rejoined Tuam in 1960. Tom Meehan and Mickey Kelly were the two outstanding runners for the club.

They would meet twice a week at Comer’s Hall and run to Horseleap Cross or Grange Bridge and back. They also trained in Parkmore, Tuam. Paddy Joyce, Lissavalley, and Sean Kirwan, Horseleap, often ran with them. The story goes that on one occasion they were running to Tuam and these two men waited half-way for them and on their return rejoined them and won the race! For cross-country training, they ran in fields or commonages, mostly at night, so the owners would not see them. They competed in all grades, both at county and national level, cross-country, etc.  County senior cross-country was 9 miles and at junior level it was 6 miles. Neighbouring parishes that had their own clubs ran and trained with Killererin.

Mickey Kelly, Togher, won at all levels during his fifty years of running. For his life-long achievements and loyalty to running, he was crowned Athletics Ireland, Galway County Board 2014, Athletics Award Winner.[2]

Today, Athletics is still very popular and with the emphasis nowadays on a healthy lifestyle, there is a very active athletics club/walking club in this parish. This was formed almost 3 years ago and is gaining in popularity year with up to 70 members this year. It caters for all ages and all abilities and some of the members have entered the Dublin City Marathon.