You are here: Home>People>Priests and Nuns from the parish and Priests that served in the parish>Rev. Martin Canon Healy 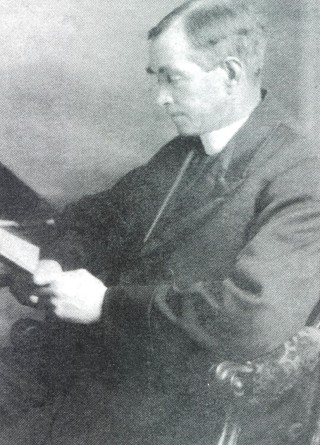 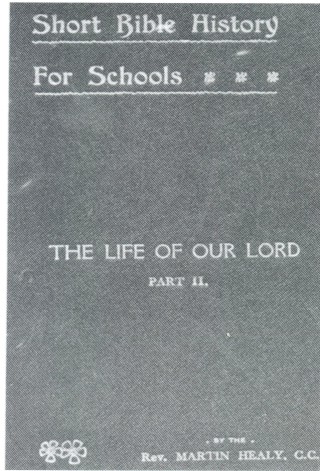 Short Bible History written by Rev. Martin Canon Healy
Out and About 2004 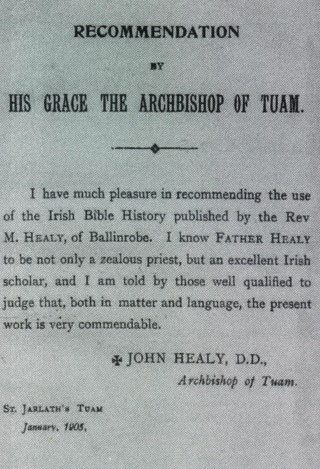 Rev. Martin Canon Healy was born in Peake, Killererin in 1863. He was a member of a family of eleven children, which included his brothers, James and William (Killererin) and his sister Nora Curran, Garra House. He had another brother Fr. Pat who spent his early priesthood years in Australia before settling in California following illness in Australia.

Following his ordination to the priesthood in Maynooth in 1889, Fr. Martin spent one year in Kilkerrin before joining the staff of St. Jarlath’s College where he taught from 1890 to 1898 and in the words of His Grace, Archbishop Walsh “with conspicuous success”.  Following this, he became C.C. in Ballinrobe. It was during his eleven years there (1898-1909) that he did much of the writing for which he became well known. He had made a deep study of Irish and a number of other subjects. He wrote some valuable books at this time, among them a book on tuberculosis, the plague of that period, which was filled with useful and practical information.

But the books, which made his name and for which he is remembered, are the Bible History stories for children written in Irish and English. They are in four parts altogether, two each of stories from the Old and New Testaments. M.H. Gill and son (Dublin) published the Irish version in 1915. The preface to the English version alludes to the fact that the Irish Bible stories were so favourably received that Fr. Martin had been invited to compile a Short Bible History in English “for the use of those who are yet unable to read his Gaelic version”. Part 1 was published by the same publisher in 1906; and priced at four pence. Part 2 of the Old Testament published in 1908 was sold for three pence. This was followed shortly afterwards by stories form the New Testament published in 1909. The stories were described as having the potential to “arrest the attention of the juvenile reader without over-weighting either his memory or intelligence”.

From 1909 to his death in 1943, again in the words of Archbishop Walsh “he guided the destinies of Kilmaine parish”. Those who knew Fr. Martin well, including his nieces Brigid Lynskey (nee Healy) and Sr. Carmel Healy described him as a very holy man who spent a lot of time praying in the church. During their teenage years and later, Brigid and Maureen spent many summer holidays with Fr. Martin in Kilmaine and often spoke very fondly of their time in his company. No doubt, they also enjoyed travelling with him in his Baby Ford car, as this must have been a treat at a time when the only traffic jams were possibly caused by horses and traps. He visited Killererin and Garra on regular occasions. His advice in matter of building, especially, was always sought because this was another area of his very broad expertise. His royalties from the sale of the bible history books gave him the luxury of spending a few weeks in the south of France during his summer holidays on occasions.

In some press opinions following the publication of the Bible History stories, he was described as “a man of culture and sound judgement” and “too much praise cannot be given to Fr. Healy for this admirable little work”. The ‘Daily Independent’ reviewed his work as did ‘The Freeman’s Journal’ and many other article writers at the time.