You are here: Home>People>Priests and Nuns from the parish and Priests that served in the parish>Roman Catholic Priests of Killererin

According to a Canon Kieran Waldron, parishioners can normally recall at least four priests who served the parish in their lifetime. Each had his own story and made a particular contribution to the lives of very many people.  While no record can remember the pastoral service they provided individually, this article records at least their names, and a few biographical details.

Canon Waldron relied on various sources, such as parish registers, diocesan sources and local memory for this information which first appeared in Out and About magazine, 2001.  The include a list of Tuam diocesan priests compiled by Fr. Martin Joe Heaney a brother of Canon Con Heaney R.I.P.  also a former P.P. of the parish, was invaluable. He also used the National Catholic Directory, published annually since 1836 and also had access to notes on the religious history of Killererin by a former Parish priest, Fr. Peter Curran, compiled about 1935.

According to a stone slab, dated 1710, at the blessed well in Creevaghbaun, Fr. Burke was P.P. in Killererin for twenty five years. It is not clear whether he himself was a Carmelite. Following on the Act of Union of 1800, Archbishop Dillon of Tuam furnished information on his priests as required by Lord Castlereagh.  Killererin then had one curate, a religious priest, also a Carmelite from Creevaghbaun.

Fr. William Jennings P.P. c. 1835: Fr. Jennings, who died on 15th April, 1835, was buried in Creevaghbaun. He lived at Graddogue, in the house now owned by Máirtín Shaughnessy. One anecdote survives about him as recorded by Fr. Martin J. Heaney.  Rev. Mr. Galbraith, of the Church of Ireland complained to his uncle, Lord de Poer Trench, Protestant Archbishop of Tuam that Fr. Jennings had given a seditious sermon in the old Killererin chapel. The words alleged to have been used were “Now is the time to take up arms, and if they can procure no other, to use the pitchfork”. The complaint was not put in writing but the Catholic Archbishop, Dr. Oliver Kelly, did attend at Killererin on the following Sunday and urged the faithful “not to profane the house of God by a denial or suppression of the facts but to the tell the truth”. Dr. Kelly found however no corroboration for Mr. Galbraith’s charge.

Fr. John McLoughlin P.P. 1839-1849: Born in Clogher, Dunmore, he was a son of Owen and Eleanor McLoughlin nee Kelly. Ordained in Maynooth in 1816, he served in Balla prior to his being appointed to Killererin. According to tradition, the old thatched chapel (opposite the cemetery) had been destroyed on the “night of the Big Wind”, 6th January, 1839.  Fr. McLoughlin then undertook the building of the present church in Killererin. It was a cruciform church with high side walls and low-pitched roof – a style common at that time. It was an extraordinary achievement in these awful days of Famine.  Fr. McLoughlin died on 17th August, 1849. He is buried in the Church under the stone tablet decorated in beautiful old Irish script, near the fourth station.

In the years 1850 to 1860, he is listed as P.P. of Abbeyknockmoy. During those two years Fr. Thomas Haddican, a native of Tuam was P.P. of Killererin. They subsequently exchanged parishes again and Fr. Cavenaugh died on 4th November, 1872 and is buried in Killererin Church. His headstone, in Latin, is beside the 11th Station. Fr. Cavenaugh was a native of Annaghdown as was brother of Archdeacon Cavenaugh P.P. of Knock and Aghamore at the time of the Knock Apparition in 1879.

Fr. William Scully, P.P. 1873 – 1878: had served previously in Newport, Bekan and Carna parishes. He was responsible for the building of the present Parochial House (front portion). For this he used the stones of the disused thatched church formerly situated on the East side of the road to Barnaderg. His headstone, also in Latin, is near the fifth Station in Killererin Church. He died on 2nd January, 1878.

Fr. Patrick Waldron, P.P. 1878 – 1887: was a native of Cloontumper, Ballyhaunis. Ordained a priest in 1864, he had served in Aran, Kilkerrin and Castlebar. He died on 12th December 1887, aged 47 years and is one of very few priests buried in Killererin cemetery in recent centuries.

Fr. Patrick Livingston P.P. 1887 – 1888: was a native of Castlebar. Ordained in 1872, he served in Clonbur, Dunmore and Williamstown parishes prior to his being appointed P.P., Killererin, where his tenure was just a few short months. It was said he felt a grievance at being appointed to Killererin and went to the U.S.A. At that time, in the uneasy situation in the diocese, subsequent to the death of Archbishop McHale, quite a number of priests chose to be excardinated from the diocese. Fr. Livingstone died in Albany, New York.

Fr. John Keaveney P.P. 1888 – 1925: was the longest serving Parish Priest in Killererin in several centuries. A native of Glenamaddy, he had served in Partry, Knock (twice), Ballintubber and Ballinlough. In his time as P.P., the practice grew of the curates assigned to Abbeyknockmoy of assisting also in Killererin (see list of curates below between 1884 and 1912). But following large-scale land division in Abbeyknockmoy/Monivea, the population grew and nineteen additional Stations had to be created. As a result, the curate in Abbeyknockmoy/Monivea was fully occupied and the Abbey curate no longer came to Killererin. Fr. Keaveney died on 31st December, 1925. As a result of new Church regulations, prohibiting the burial of priests within Church buildings, Fr. Keaveney was buried outside the church, near the sacristy.

Fr. Peter Curran P.P. 1924 – 1957: A native of Crossboyne parish, he was ordained in Sligo on 20th August, 1899. He served in Menlough, Corofin and Ballinlough parishes before being appointed to Killererin. He was responsible for the building of the school in Cahergal about 1950 and for writing a short history of the parish. Fr. Curran died in Killererin on 16th April, 1957 and is buried in the Church grounds.

Fr. Michael Burk P.P. 1957 – 1963: He had served previously in Letterfrack, Achill, Barnacarroll and Dunmore. He was well known in the diocese as an energetic builder. When he arrived in Killererin, the one hundred year old ~Church was in a dangerous and dilapidated state. Fr. Burke undertook the task of major renovation. He commissioned a Dublin Architect, Mr. Vincent B. Gallagh to oversee the work. The walls were taken down to about eight feet on which a concrete band was provided around to walls to support the new roof structure of portal frames and copper fleche. The visual effect in its superb setting was to enhance greatly Killererin Church. He also commissioned a Westport artist, Owen Walsh, to design and execute the fine stained glass windows and to paint the stations of the Cross in oils. The cost of the renovation was £14,000 which as fully paid off when Fr. Burke died just three years later on 29th October, 1963. He is buried in the Church grounds.

Fr. Patrick Jennings P.P. 1964 – 1981: a native of Kilbannon, Fr. Jennings was ordained in the Irish College in Paris. He was a noted Galway footballer in his youth. Fr. Jennings did much to further the Group Water Scheme and opening up of the bogs. He was also responsible for the provision of the new school in Barnaderg about 1970 and the renovation of the Grotto area in Barnaderg village. Fr. Jennings died on 16th May, 1981 and is buried in the Church grounds.

Archdeacon Conor Heaney P.P. 1981 – 1983: A native of Ballyglass, Milltown, Canon Heaney came from a family with a long line of priests working in Tuam diocese for almost two centuries – the Heaneys, the Conways and the Feeneys. He held the degree of Doctor of Divinity, having published his doctoral theses on the life and theological work of Archbishop Florence Conroy, Archbishop of Tuam 1609 – 1629. Ordained in 1933, Canon Heaney spent almost thirty years in St. Jarlath’s College where he was President from 1947 – 1961. He was subsequently Parish Priest in three parishes: Athenry, Castlebar and Killererin. During his lifetime, he was responsible for the building of no less than three Churches at Athenry, Newcastle and Breaffy as well as a major extension at St. Jarlath’s College, Tuam. He was also instrumental in having the Cattle Marts established in Tuam and Athenry.

The following, though appointed to Abbeyknockmoy parish, had an official status in Killererin as well. They signed for Baptisms etc. and for all settlements of accounts with the P.P. Killererin. We know that at least the last mentioned below, Fr. James Burke resided at the home of Mr. Joseph Curran of Garra, a brother of Canon Curran of Abbeyknockmoy. The possibility is that several of these priests if not all of them also lived there.

Additional information on Rev. Paul McLaughlin who served in Killererin from 1894 to 1897 supplied by Philip Doyle

I was born in Islandeady and several of my older siblings were baptised by Fr. McLoughlin.  There is a list of Islandeady Priests online which gives the following:

Rev. Paul McLoughlin P.P. A native of Letterfrack. He was a great character, sharp and witty of tongue, but kind and charitable. He died on 30th July 1950 and is buried in the Church grounds.

The 1901 census has him a Curate residing in Castlebar:

Also he has the following information on Fr. Edward O’Malley. I was unable to find him in the 1911 census but found a transcription of the death record on Roots Ireland – a subscription-based genealogy website.  Here is the basic information: Edward O’Malley – died on the 16th April 1889 at Ballinlough – a Bachelor – age 81 years – a retired Parish Priest. Informant: Patrick Duffy his Brother-in-Law -Ballinlough.

Follow the link below to view the death cert of Fr. Edward O’Malley. 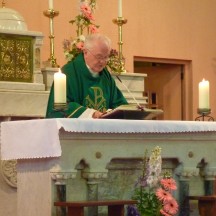 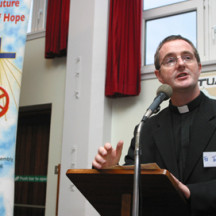 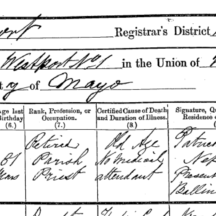