You are here: Home>People>Fr. Thomas Wilson 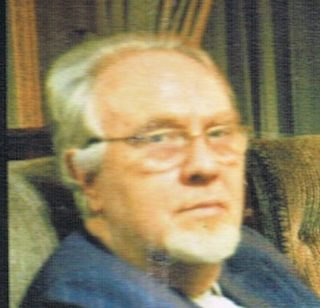 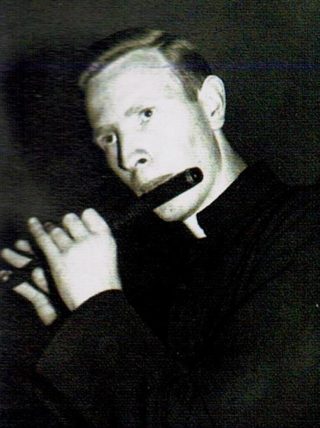 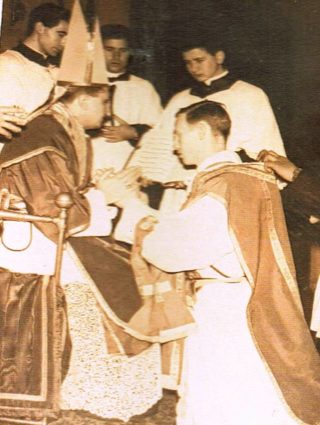 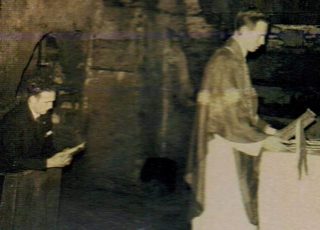 Tribute paid to Fr. Tom by Fr. Martin McNamara in 2003

when Fr. Tom celebrated the Jubilee anniversary of his ordination.

As Fr. Tom celebrates his jubilee year as a priest we can all look back and reflect on his achievements.

Where his religious life began

On completing his secondary studies, he entered the novitiate at Myross Wood in 1956 making his temporary profession in 1957.  He did the usual course of philosophy in Myross Wood (1957-1959) where he stood out among his peers for his interest in study and his competency in philosophy.  It came as no surprise to anybody that he was asked to do his theological studies in Rome at the Gregorian University (1959-1963).

Fr. Tom was ordained in Rome on 9th March, 1963 and as was to be expected almost immediately began post-graduate studies in philosophy that same year at the Gregorian University, taking the Licentiate in Philosophy in 1966.

Fr. Tommy would be engrossed by philosophy for the remainder of his life.  However his first academic appointment after this period of study was as Professor of Scripture in Moyne Park, Killererin, the parish where he was born.  He remained in Moyne Park for two years from 1966 to 1968.  However, life was rapidly changing for everyone during those years and the number of students entering Moyne Park and elsewhere was dwindling.  Many congregations including ours moved from the Provinces to Dublin .

Our Philosophy students moved from Myross Wood to Dublin (Woodview and Brookfield in 1968.  Fr. Tommy also moved to Dublin from Galway in 1968 and taught Epistemology at the Milltown Institute.

Fr. Tommy began a new phase in his life when he moved to Germany (Munich, Kenzingen) to do research for his doctoral thesis.  His chosen topic was the philosopy of the leading thinker Martin Heidegger (1889-1976).  Together with pastoral work as chaplain, he continued his research from 1970 – 1977.  This brought him to the works of the two other leading philosophers Edmund Husseri (1859 – 1938) and Hans-Georg Gadamer (1900 – 2002)

A new post graduate course on spirituality had in the meantime begun in the Milltown Institute, a subject in which Fr. Tommy was interested from the philosophical point of view.

Fr. Tommy spent a year from 1981 to 1982 at Denver in the USA on a ‘Focus on Leadership’ course. where he focused more on the spirituality side of things.

Return to the Milltown Institute

In 1986, he was asked to become Director of the Post Graduate spirituality course (1986-1987).  At the same time he was the elected representative of the Academic Staff on the General Council of the Milltown Institute.

As Director, he was instrumental in introducing new teachers to the Institute’s course, one of whom Sr. Teresa Clements would succeed him as Director.  His success at this post led to his appointment as Dean of the Faculty of Philosophy of the Institute from 1987 to 1990.  During this time he also had a full teaching post in metaphysics, and hermeneutics.

Introduction of Reading Courses on the great thinkers

Fr. Tommy was instrumental in introducing reading courses on the great thinkers during which both teachers and students would read through certain philosophy classics.  He taught some of these courses himself – thus ‘Reading Gadamer’ and ‘Reading Heidegger.’  in 1996 and 1997.  In 2002-2003, he added ‘Reading Husseri’.  In 2004 he is scheduled to give two periods per week on the philosophy of God as part of our new Diploma course in Philosophy.

Tommie’s main publications are his doctoral dissertation (in German) Sein als Text, published by Verlag Karl Alber in 1988 and his translation from the German of Werner Jeanrond’s classic: Text and interpretation as Categories of Theological Thinking (Dublin, Gill and Macmillan, 1988).

He met this great theologian in person and received some of his books from him with friendly notes.  In Ireland he had the opportunity to meet the great Gadamer during his visit here in the 1990s.

During his later years Tom lived independently in Pertrystown and Rialto, before moving to Belmont Nursing Home, Stillorgan, Co. Dublin where he passed away on 9th September 2019.