Launch of Killererin - A Parish History 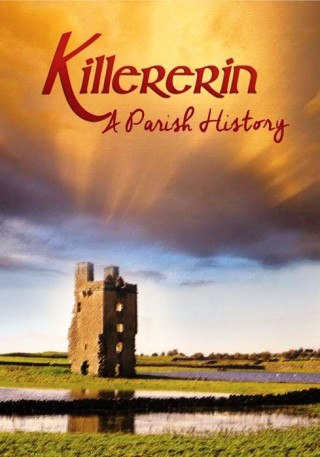 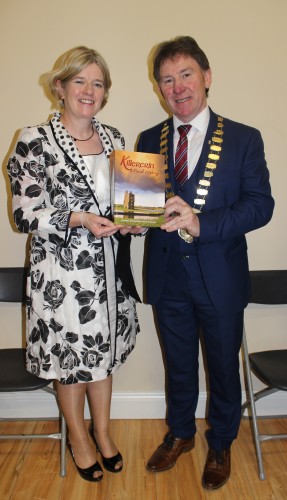 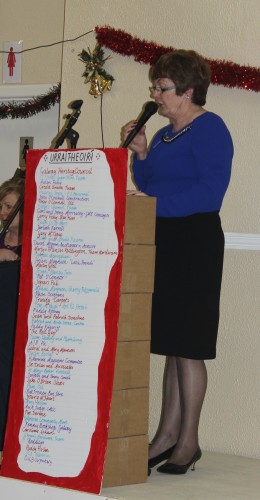 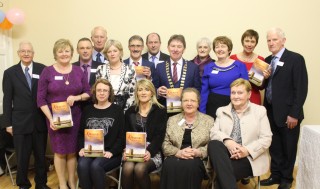 Committee and Fás employees all of whom played their part in the publication of Killererin - A Parish History with Marie Mannion (Heritage Officer and An Cathaoirleach Pete Roche who launched our book.
Image: Bernadette Connolly 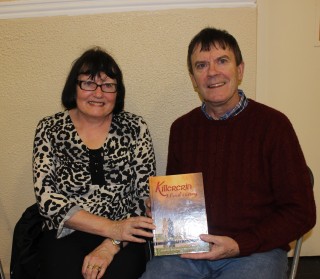 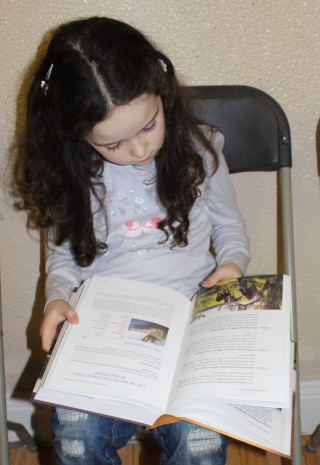 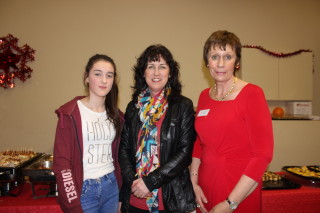 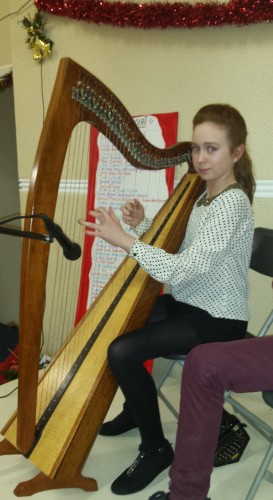 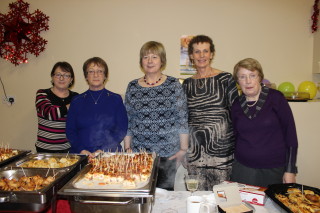 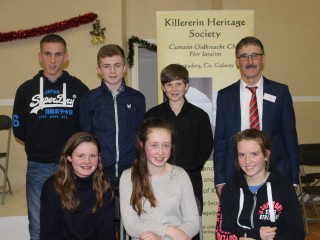 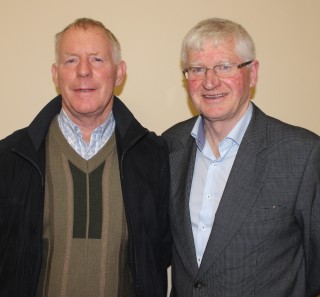 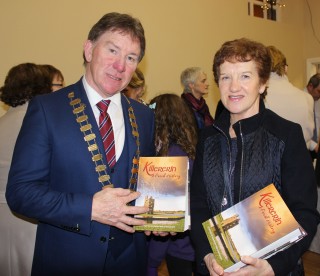 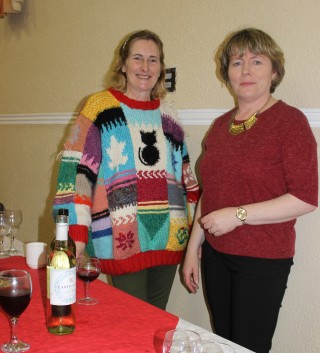 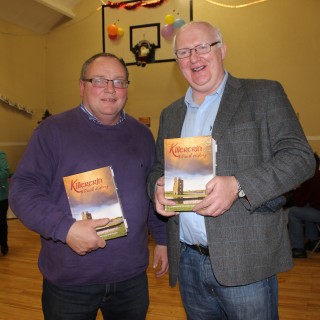 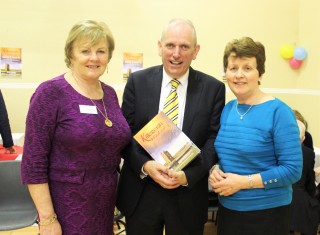 The style was bought, suits were pressed, the refreshments were ready, the official invitations were sent and the committee couldn’t wait.  It was 8p.m. on Friday, 18th December, 2015 and the occasion was the launch of Killererin – A Parish History.

17 years in the making – establishment of Heritage Society

We couldn’t quite believe it, after all the years, (17 in all) our Parish History was ready to be launched and would soon be for sale in the shops.  The committee had changed over the years and many had come and gone but one person was there from beginning to end – Eileen O’Connell, Dangan.  She was a member of the Young at Heart when it all began and she was instrumental in setting up the Heritage Society on the advice of Mary King, Moylough, who was Fás supervisor at the time. This enabled the committee to apply for and receive grants from Galway Co. Council and others, providing necessary funding for the running of the Heritage Society. I took a break for a few months and was not there at the formation of the Heritage Society.

Marie Regan from Ballina, (former committee member) who was a valuable source of local knowledge has since passed away and was a great loss to us.   With the exception of three CE people who were unable to attend the launch, (Irene Boyle, Mary Geoghegan and Una Murphy) all others who had any involvement, were present on the night.   Many people doubted our ability to bring this long-running project to a conclusion and who could blame them, when you consider the length of time it did eventually take. Thankfully in the end we proved them wrong.

From the outset, it was always our ambition to produce the best quality product possible and we did. What a result, it is a magnificent tome and one we are justifiably proud of. 798 pages long, it covers all aspects of life in the parish from as far back as records are available.  Indeed, when it was finally handed over to our graphic designer, we had the difficult decision to make of omitting one chapter and one life story from the book as it was just too large.  In the end, we had to omit our chapter What it Says in the Papers which detailed snippets mostly from the Tuam Herald of stories and events relating to the parish and the family history of the Synge family Peak (seven generations) by Eileen Fitzpatrick.   However, we would ask people to focus on what has been achieved and what has gone in to our book rather than what has been left out.  As it is, we have been told that it is, it is too large “to read in bed” and is it any wonder, it weighs 2.2 kilos.

The night began with an introduction by our Master of Ceremonies Bernard Keeley who conducted proceedings with his usual aplomb.  As chairperson, I had the great honour and privilege to speak on behalf of the committee. I began by introducing the members and welcoming everybody present, particularly Marie Mannion, Heritage Officer, Galway Co. Council who had been collaborating with us for the previous three to four years and was instrumental in helping us through the final stages of the book.

Collabroation of all, brings book to publication

As I stated on the night, Killererin – A Parish History did not come about because of any one person. Several different agencies and individuals were involved such as our local Community Employment Scheme whose employees included Patricia Mitchell, Bina Devaney, Mary Geoghegan, Irene Boyle, Una Murphy, Clare Doyle and Rosaleen Molloy who worked in the office. C.E members John Coyle and Brendan O’Boyle (also committee members) gathered information on our behalf.  John completed a lot of work on the graveyards writing down inscriptions etc. which were included in the book.  All contributed their various skills and talents to the compilation of the book.

Galway Co. Council, through Marie Mannion and her staff provided enormous assistance with small grants from time to time, enabling us to purchase the necessary equipment and helping with printing costs etc.  In the final stages of the project Galway County Council provided  professional proof readers who were indispensible and worked under pressure regardless of the hour  allowing us meet our deadline for going to print. Marie helped us put order and structure on all the material we had already gathered and was a font of knowledge available to us anytime we needed her.  In my absence, she and her staff helped Eileen O’Connell and Rosaleen Molloy get our very detailed application off to The Heritage Council of Ireland resulting in a grant of €3,000. In the end this proved to be 10% of the cost.  GCC helped us in a myriad of ways and we will be forever in their debt.

However, if the local people did not provide us with their documents photos and knowledge, we would have no book and nothing to put a structure on.  Over the years, we have been privileged to listen to personal stories and interviews from people who have lived in the parish most, if not all of their lives.  We were loaned precious photos and documents pertaining to life in the parish over the past century.   People can be justifiably proud of their contribution. The parish has been enriched by their generosity in sharing with the Heritage Society.

An Cathaoirleach and Mayor of Co. Galway, 2015 launches our book

An Cathaoirleach and Mayor of Co. Galway in 2015, Peter Roche, who is a friend and neighbour launched our book and complimented the committee and all involved for their sterling work.  For me, listening to Pete speak, everything had come full circle.  I was a member of the Young at Heart committee who instigated the parish history back in 1997.  As part of that process, we invited Pete Roche and Rosaleen Crowe O’Neill to speak to us on what was involved when Abbeyknockmoy published their  Parish History.  They gave us good advice and got us off to a good start.

Following the speeches, unknown to me, Eileen O’Connell decided to speak and thanked me for all my hard work. Presentations of flowers were made to Marie Mannion and me. For my part, I was chuffed and bemused.

The last years of the project involved endless revision and editing.  My car was to be seen most mornings outside the community centre.  People wondered was I working for Fás, others couldn’t give a damn, but thought I was mad.  At times I agreed with them.  However, what kept me going was the knowledge that despite the doubters, this book would come to fruition.  I received enormous support from the committee who helped in their own unique way.

One person I must mention is Rosaleen Molloy. She was the only member of the CE scheme in the parish office in the last year of the project.  Her work ethic, sense of humour and organisational skills enabled me to keep going.  She made life a lot easier throughout the endless editing, revisions and weekly meetings that were necessary to complete the book..

Young at Heart acknowledged for their contribution

The Young at Heart committee began this project and only handed over responsibility for its completion to the Heritage Society on its formation.  It was they also, who decided to record the stories of the older generation and many of those interviews form the basis of the interviews chapter in the book.

Following all the speeches etc. a lovely night  was enjoyed by all present and we would like to thank Pete Roche for launching our book, Bernard Keeley for acting as Master of Ceremonies, the musicians – The Locals and Emily and Emmet Greaney. We would also like to thank all those who helped with serving the refreshments, selling books or in any other capacity.

Thanks to Graphic Designer

A sincere thank you must go to our graphic designer Sinéad Mallée from Knock, Co. Mayo who worked all hours to get our book to the printers on time. She offered her expertise and advice which was invaluable.  We are delighted with the book cover which she designed for us. It stands out from all other books on the bookshelves.  Sinéad has been graphic designer for Out and About magazine for many years.  We also thank KPS printers in Knock who have done a wonderful job on the book.

However, a huge, huge thank you must go to our very generous sponsors who enabled this small committee to produce this book.  The total cost of producing Killererin – A parish history was €30,000. With your sponsorship and proceeds from book sales, we will soon be able to clear our debts.  What we have achieved could not have happened without you.  We thank you most sincerely for your generosity.  One of those sponsors continues to store our books for us at present (Mike Treacy, Pamlube) and we are extremely grateful to him for this.

Where and how to get it

Killererin – A Parish History is on sale in Stone’s Centra, Barnaderg, Barnaderg and Ballyglunin Post Offices, Donohoe’s in Abbeyknockmoy, O’Tooles SuperValu, and Eason’s in Tuam.  Our book is also available from the website of Kenny’s Bookshop, Galway.

Killererin Parish History retails at €25..  If you wish to post it to a friend or relative, the cost of postage is €19.50 providing you write Printed Matter on the top left-hand corner of the envelope and you leave it open until you go to the Post Office so that its contents can be verified.  Despite what you may be told, it will arrive at its destination at the normal delivery time.  The longest it has taken so far, is eight days to New Zealand.  You may also purchase the book for €45 from our website which includes postage to anywhere in the world.

The 18th December, 2015 is a night that will remain long in the memory of the parish.

Killererin – A Parish History is an ideal present at anytime of the year for anybody with any connection to Killererin.  For further information, contact any committee member (see below) or contact Bernadette @+353+ 87 7918889 or Seamus at +353+ 872886539.