You are here: Home>People>Emigration>Irish Australian Ministers proud of their Toghermore roots 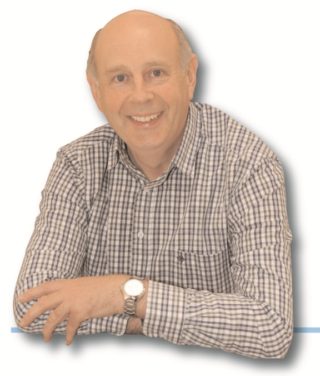 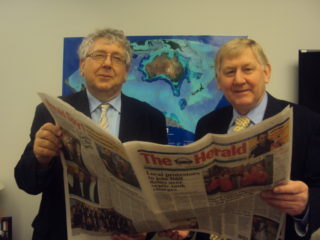 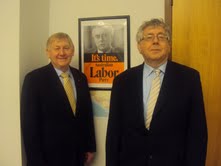 Ministers proud of their Irish roots

HAVING risen to the ranks of Ministers in the Australian Government, MPs and brothers, Martin and Laurie Ferguson, are proud of their Galway ancestors, and both men say Australia is again lucky to have so many new skilled Irish people working there at present.  But most of the Irish that arrive today, and those who have settled in Australia during past decades, left their homeland with more skills and education than the Ferguson’s ancestors Patrick Burke from Toghermore, Tuam and Margaret Keane from Craughwell. They emigrated as teenagers from Galway in the late 1870s.

Warm welcome for today’s emigrants, Down Under

Martin Ferguson, who is currently Minister for Resources, Energy and Tourism and his brother Laurie who has been a Minister of State in a number of different Departments, most recently in Multicultural Affairs and Settlement Services, say there is a warm welcome down under for the Irish both as tourists and workers. “Some come here for a year or two, to work in diverse jobs, and they contribute to our economy as well as enjoying themselves. With $180 billion committed to capital investment projects here at present we are getting a lot of skilled young Irish migrants trying to carve out new careers here. But they are also maintaining their ties with Ireland which is exceptionally important to Australia as well,” says Martin.  “I know a number of Australian mining companies who are now going out of their way to recruit workers from Ireland,” says Minister Ferguson.

Enjoyed visit to Galway during the Arts festival

He is now one of the most powerful political figures in Australia on the current Government’s front bench, and both he and his brother, have visited the home county of their Irish ancestors at different times during the past decade.  “I was lucky to visit Galway a few years ago, during a time when the annual Galway Arts Festival was in progress. It gave me an opportunity to see Galway at its best.  “We spent the weekend there and it was a terrifically lively town with so many people out and about enjoying themselves. I also got the opportunity to see the Cathedral, Galway University and many of the other lovely smaller towns around Galway,” says Martin.  He was on a delegation to study how public private partnerships were working in Ireland, to look at the success of the Irish economy at the time and especially to have a look at how Ireland was redeveloping its schools system.  “At that time a lot of our suburbs had some pretty poor schools and we were trying to look at ways to involve investment from the private sector into the education system along with Government funds,” he added.

“The Burke connection with Tuam is one that our family in Australia is very proud of and of course in particular our cousin Willie Burke’s great record of involvement in local Government in Galway.  The family has been involved in politics both in Australia and Ireland for many years. Willie Burke was Mayor of Co Galway a few years ago and the Fergusons also have strong Scottish political roots as their father, Jack Ferguson who was Deputy Premier of New South Wales from 1976 until 1984, was the son of a Scottish emigrant.  But their first ancestors in Australia were Patrick Burke who came here as a 17-year-old labourer from Toghermore near Tuam and the woman who later became his wife, Margaret Keane from Craughwell, Co. Galway.

“Patrick worked on the dams and as a stone mason and he moved around a lot. He married Margaret Keane who had come to Sydney to work as a chamber maid in hotels owned by other members of her family,” says Laurie.  It was when Patrick and Margaret Burke’s daughter, Mary Ellen, married John Ferguson in 1923 that the present Minister’s Irish and Scottish political roots first became intertwined.

“As a family we have always been close to the Irish and Scottish communities here. I’m pleased to say that my constituency of Batman is next to the seat of Melbourne where the Irish Welfare Association exists and it was originally established to help pay for the funeral of a poor Irish person who died a pauper.  “The association has grown over the years and my office maintains close contact with it. We support them in their applications for funding to do good work, especially among the less privileged, many of whom are Irish migrants, skilled and unskilled who came here in the 50s and 60s and helped build Australia,” says Martin.  He added that Australia is very lucky at present to have such a good economy with low inflation and a very open door policy for employing highly skilled, well educated people. This is reflected by the number of young Irish that are now coming to work and live there.

Both Laurie and Martin were trade union officials before entering politics and Martin became national President of the Australian trade union movement. In 1984 Laurie was elected to the State Parliament of New South Wales and in 1990 he was elected to the Federal Parliament. He has been there ever since and is the Federal MP for the Werriwa area of Sydney.  “Migration, international affairs and human rights have always been big areas of interest for me, especially our interaction with other cultures and other societies.  “I eventually became parliamentary secretary for multi-culturalism in the Australian Government and we have a strong emphasis on how migration has helped our country. We basically don’t force people to lose their culture, we encourage them to retain it when settling in this country,” says Laurie.

Government to delegation to Ireland

“I was very fortunate to get to Ireland on a Government delegation and that was when my wife and I first met my cousin Willie Burke during what I can honestly say was the best overseas delegation I was ever on. The Irish looked after us extremely well. I met other members of the Burke family and also some connections of the Keane family, near Athenry.  While helping to steer Australia through calm economic waters the Ferguson brothers say they have also been keeping a close eye on the political and financial turmoil in Ireland, the land of their ancestors.

“Laurie and I have been following the problems in Ireland and in some other European countries. We have watched the changed political scene which may have come about because of the problems previous Irish Governments got themselves into, and probably the mismanagement of the banking and financial systems,” says Martin.  “I am aware that there has been a revolutionary change in politics in Ireland with some of the traditional parties going backwards. I’ve met some Irish politicians in the past and I’ve sympathised with some of the views of left-wing independents such as the late Tony Gregory and left-wing elements in the Irish Labour party,” says Laurie.

Both of the Fergusons hope to return again to Galway to visit their relations there, but Minister Martin admits that it may be some time away before he makes that next trip to Ireland.  “One of my staff just had a wonderful trip touring over there. Someday I want to take time off and travel all over Ireland too. I want to look at its natural beauty, but that day may be a bit far off at the moment,” he said with a smile.  Laurie says he is still doing a lot of research into their family history in Ireland, mostly via the internet these days.

“But I would love to go back again to Galway. I also met some distant Scottish relatives in America during one of my visits there.  “Meeting both the Irish and the Scottish relatives was a weird and wonderful experience, especially meeting Willie Burke and his family in Galway. In recent weeks meeting his nephew Colm Dolan here in Australia has also been great. We were delighted that Colm was able to attend my brother Martin’s son’s wedding in Melbourne last week,” says Laurie.

Laurie says he is proud of the fact that so many of the new Irish emigrants in Australia are so skilled in many different professions.  “It’s also great that they speak English. The new Irish emigrants are a great gain for Australia because traditionally we have not trained enough Australians in a number of professions during the last 30 years and that is an issue for us now.  “That is why we have such a skilled migration intake. But I guess what we also need to worry about is that Ireland is losing so many talented young skilled people in this process. Of course it’s good to have more Irish people coming out here but there is another side to it too, and that is the number of young capable people that Ireland is losing at the moment,” he concluded.