You are here: Home>Topics>Events>Culture Day 2013 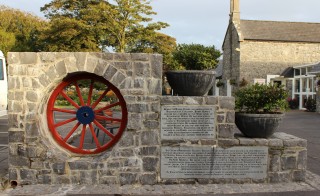 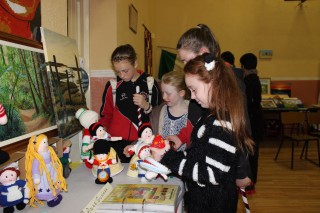 Children casting an envious glance at the knitted dolls during Heritage Exhibition as part of the first celebration of Culture Day on 20th September, 2013
Photo: Bernadette Connolly, Clogher boy 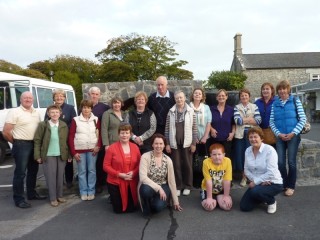 On tour in Toghermore House 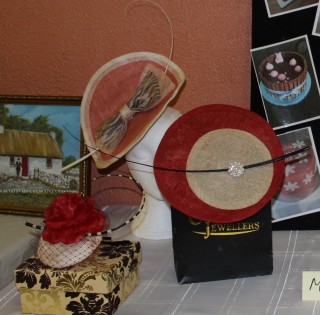 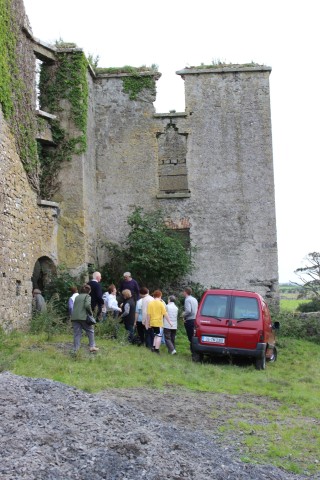 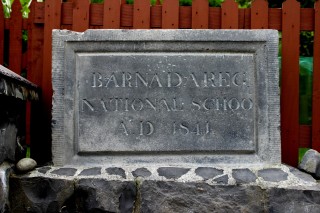 Culture Day 2013 was a first in Killererin and hopefully the start of something new by Killererin Heritage Society.  It came about as a result of an email received from Galway Co. Council at the beginning of the summer and as we were basking in glorious sunshine at the time, nobody wanted to attend meetings etc.  Killererin Heritage society was no different.

However, we were confident that we would get the help needed nearer the time so decided to apply for the small grant which was available. To do this, a plan and schedule for the event was put in place and thankfully it all came to fruition one memorable day on 20th September last.

We started the day off with a mystery history tour of the parish and Bill Treacy of Treacy Bus Hire donated his bus for the trip and was our driver for the day. We started at 5.30 p.m. which was considered ample time to make the tour and be back in the community centre before 7.30. Our Arts and Crafts display was opening at 7p.m. This was to be followed by a variety concert at 8 p.m.

The tour was a great success and our tour guide for the day was John Tighe who with his local knowledge and tour itinerary provided details of each place we visited, making it interesting for everybody. We learned about the local R.I.C. barracks, the castle in Barnaderg, Castlemoyle, the Teach Alais (Sweat House) in Creevaghbaun; Toghermore House, Farrell’s Mill in Coolreagh; Barbersfort House, Cahergal; Ballyglunin Railway Station and the Bianconi Stop at Mullins’ in Dangan.  It was a terrific success and a lot was learned that day by all who came.

We would really like to thank the Dunleavy family and Mary Dunleavy in particular who is a member of our Heritage Society and who showed us around and told us all about the history of Barbersfort House. This was the only place on the tour where people were still living on the property. Such was the interest in all places we visited that the concert was delayed for “the tourists” as they did not arrive back until almost 8.30 p.m.

The Community Centre was open for an arts and crafts display from 7p.m. and Helen and Eileen were on hand to man the fort and to receive the display items from 5.30 p.m.  They also dispensed tea, coffee and buns to all who attended and the cupcakes etc. were provided by Young at Heart, ICA and others from the parish. We told you we would get the help when needed!  There was a wide variety of arts and crafts on display and the overriding feeling was that we had a wealth of talent in the parish and we are sure that there is a lot more out there still to be tapped.

We had Art from young and old, our oldest exhibitor being Mary Nolan in Knock who celebrated her 90th birthday this year and is still making and crafting. There were knitted dolls, beautiful quilts, St. Brigid’s crosses, decoupage, hand-made hats, cushions and many more items too numerous to mention – the list is endless. The dolls were provided by Anne Gunner who is now living in Coolreagh having moved from England and she enjoyed the opportunity to make new friends and was delighted to be part of this occasion. Many thanks to all those who exhibited.

The day ended on a high with a somewhat delayed variety concert which began with the multi-talented Greaney family from Dangan (Emmet and Emily) who started us off with a medley of traditional tunes. They were followed by many acts from dancers Maebh and Shauna to solo singers Bernadette Flaherty, Colette Mullin, Pat Comer, Paul Mannion and Nicola Shaughnessy and last but not least, Drama Dearg who performed a 10 minute sketch at very short notice. As usual, they delivered with their usual aplomb and were magnificent as were all our performers.

Our MC for the night was Pat Comerand we would like to thank him for guiding the night along seamlessly.

A thoroughly enjoyable day and night was had by all.  Killererin Heritage Society are proud of the way the day went and as any event is only the sum of those that organise and those that attend, this added up to a great success for all concerned.