You are here: Home>Topics>Events>St. Patrick's Day 2021

Lá Fhéile Pádraig Shona d’ár leitheoirí. Happy St. Patrick’s Day to all our readers who are cocooning at home or abroad.  We hope that whatever part of the globe you are in, you are safe and well. St. Patrick’s day is a very special day for  anyone with a drop of Irish blood in them, so we hope you get to celebrate it in some form. Wherever you are, in Killererin or beyond, we are thinking of you!

The local Parade – whose idea was it?

Another year has passed and another St. Patrick’s Day passes without our annual parade. The parade was the brainchild of John P. Keane who was inspired on seeing the local Scout troop marching from the village to the church. They were playing tin whistles for Mass on St. Patrick’s Day and being a music man himself, he was duly impressed. Sadly, the Scout troop is no more but the parade still goes on albeit struggling a bit in the last few years.

What I love about our local parade is that there is no limit to people’s imagination and the floats reflect that.  Every year, the current political or newsy topic of the day is portrayed in all sorts of interpretations on our floats.  They are as funny as they are diverse. As you will see from the photos with this article, everything and anything is fair game. There is no topic too sensitive.

It is the community spirit that is the foundation for the parade.  If memory serves me correctly the first parades were a form of competition between the different townlands in the parish.  This created a competitive spirit and the standard of the entries rose with it.  The amount of planning and commitment that was involved beggars belief. For weeks before, plans were made, signs were painted and costumes gathered.

Personally, I have great memories over the years of nights spent preparing floats. There were many freezing nights when we begged and borrowed tractor trailers from local farmers that then had to be decorated. We borrowed trailers from Joe Fahy, Jimmy Lohan and others and with the help of spouses, neighbours and friends, the trailers were completed according to the given spec. At times you wondered if you were mad. When you could be home on front of a nice warm fire, instead you found yourself in some freezing shed at all hours of the night with hammers and nails and all sorts in your hands. But then, you would have missed out on the craic, the laughter and the camaraderie which forged bonds that would last.

I well remember kitting out some of the people for the float at the back of the Church, someone else doing the makeup.  If the PP only knew!! The church carpark was the starting point so it was convenient. Then there was the weather to contend with. For the most part, we were lucky to avoid the rain for the duration of the parade, but almost always it was freezing. March winds and all that! Rumour has it that there was many a hot toddy to be had on the floats disguised as tea etc. I know for certain that it happened at least once. It is ironic that we are promised beautiful weather today when there is no parade and in years gone by, when we were participating, it was mostly freezing.

Thanks to all those who participated in previous years and especially to the organisers who then provided everyone with a hot cup of tea and refreshments in the community centre afterwards.  Without all of you, we would not have such wonderful memories.

Rising to the challenge during this global pandemic

Finally, despite the pandemic, it’s not all doom and gloom in Killererin and we would like to share here a video of the Jerusalema challenge completed by our Local Stone’s Centra owners and staff this week.  This will certainly put a smile on  your face. While you are watching, see if you can spot some local ladmarks. 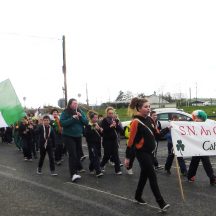 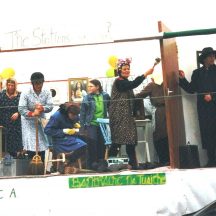 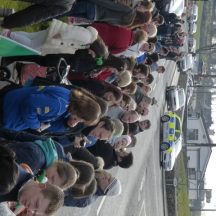 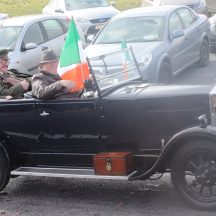 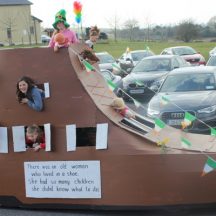 The old woman and the shoe
B. Connolly 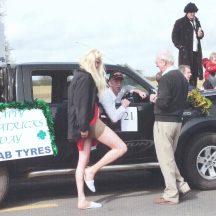 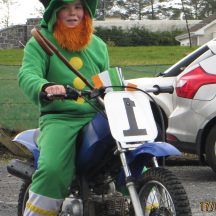 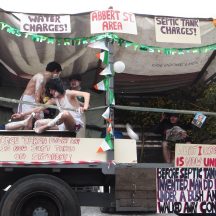 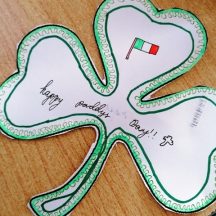 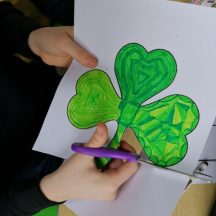 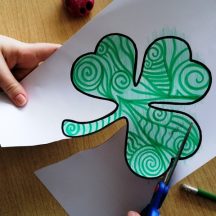 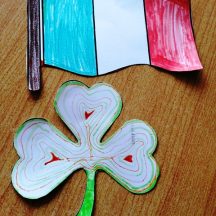 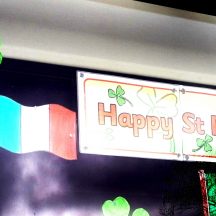