You are here: Home>Topics>Events>St Patrick's Parade is no more

St Patrick's Parade is no more

Alas, for the first time in many years, the St. Patrick’s Day parades in Barnaderg and our neighbouring parish of Abbeyknockmoy are no more.  As previously stated, originally, it was the brainchild of John P. Keane, Barnaderg but many commmittees with various volunteers kept it going until this year.  Both Killererin and our neighbouring parish of Abbeyknockmoy took the decision to do something different this year and a fundraising tea-party is to be held in the Community Centre this evening at 6.30.  Good luck to all concerned.

From the very first day, the parades were a huge success and local rivalry was at its core.  Most of the townlands competed to have the best float and the competition was fierce.  Days were spent beforehand getting ready.  Trailers were borrowed and neighbours banded together to put together each float.  Many hours were spent by neighbours in cold sheds tossing ideas back and forth before days of labour culminated in the fantastic creations which formed the parade on St. Patrick’s Day.  During the time in the shed, many a laugh was had as well as numerous cups of tea and sometimes  there was a little something in the tea to keep the  body warm.

Most of the parish committees also got involved and where the committees were mostly comprised of women, husbands, partners etc. were drafted in to give a hand.  It was a real community event; a joyful, happy occasion which ended in the community centre where refreshments were provided free of charge for everybody.  The ideas nearly always came from the topics of the day be they local or international.

We believed our little parade was better than most because all the floats were born of imagination and not a lorry in sight.  Also there was nothing like it to bring the whole community together as one big happy family.  Congratulations to all those who kept it going for so long and hopefully this is only a temporary Set Back.

Below are some of the scenes from down through the years: 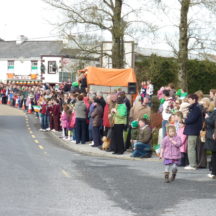 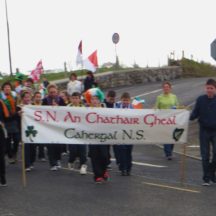 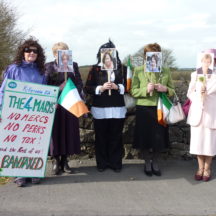 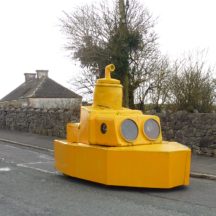 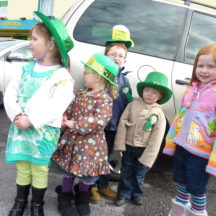 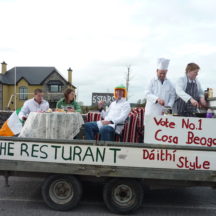 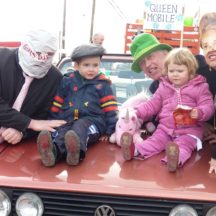 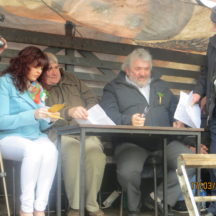 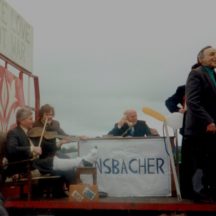