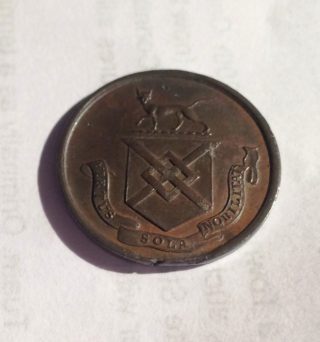 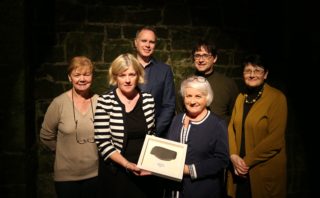 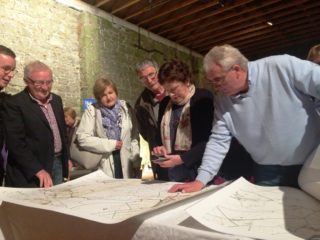 Poring over old maps of the area at event held in the Store Room of Ballyglunin Station during heritage week, August, 2017
Photo: Ballyglunin Restoration Committee - courtesy of Mark Gibson 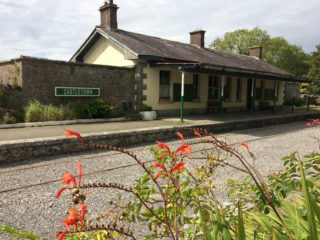 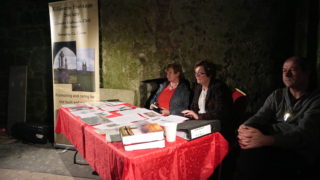 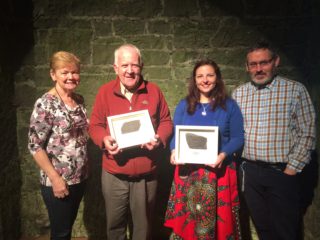 Killererin Heritage Society were privileged to be part of a full programme of events held in the Store Room attached to Ballyglunin Railway Station for Heritage week from 20th to 27th August, 2017.  This week long event was organised by Ballyglunin Restoration Project committee and spearheaded by their intrepid organiser Maria Heneghan .,ably assisted by Maura Flannery and Mark Gibson among a host of other committee members who all worked hard together to make this event the success it was.

I first heard about this event during an ICAN meeting where it was mentioned by Marie Mannion Heritage officer that the committee were seeking help from other heritage committees in the surrounding area.  Ourselves and the Old Tuam Society had a presence there all week and Skehana, and Moylough Heritage committees also attended from time to time.

There was a full programme of events starting with a children’s nature day on Sunday 20th and with a variety of different speakers on a variety of topics all through the week.  See the poster below.  It was a great experience for us to get to meet other groups and share information and strengthen the bonds that unite us all.  We were all given an opportunity on the first night to speak on the work we are doing and it was very interesting to listen and learn about the work, other groups are doing.  Both Maria Heneghan and myself got an opportunity to promote the work of our groups on Galway Bay fm during the week also when they held an outside broadcast in nearby Corofin.