You are here: Home>Places>Killererin - A Parish History 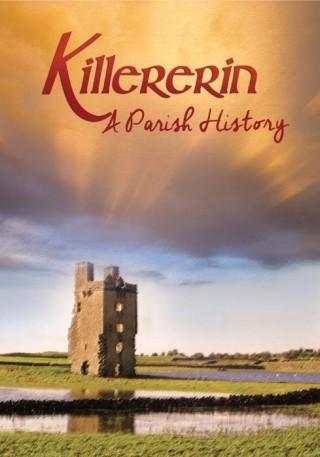 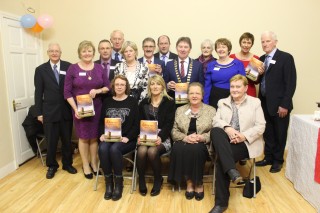 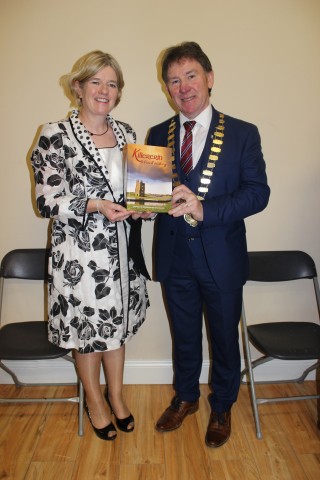 With a copy of our parish history
Bernadette Connolly 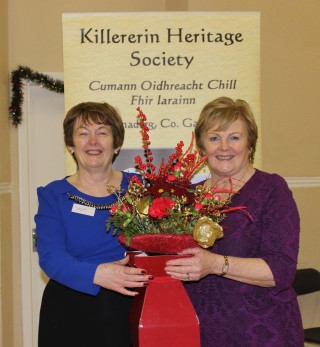 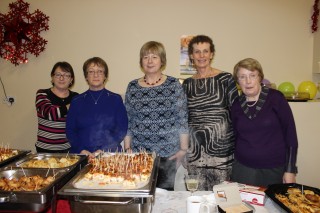 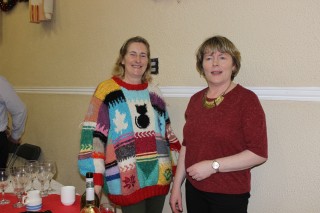 The launch of our parish history took place in Barnaderg Community Centre on 18th December last. This was the culmination of 17 years hard work by Killererin Heritage Society and the sense of achievement was palpable on the night.

Master of Ceremonies for the night was Bernard Keeley who did a great job.  He introduced Chairperson Bernadette Forde who welcomed everybody to the launch especially Marie Mannion, Heritage Officer, Galway Co. Council and members of past and present CE schemes who had worked on the book down through the years.  She said that the publication was a collaboration of a variety of different agencies such as Killererin Heritage Society, Galway Co. Council, Solas, Heritage Council supported by many more individuals.

In particular, she thanked the local people for their co-operation and for the massive contribution they made to the book, providing information, photos etc.  She also thanked local Councillors Paul Connaughton, Lorraine Higgins and Michael Connolly, who were there showing their support.

The Tuam Herald and Connacht Tribune photographers were there also and took many photos which later appeared in the local papers much to the delight of those present.  Local photographer Bernadette Connolly stayed for the duration of the night and has many more photos to add to the album.  We thank her for her generosity.  She also took some stunning photos which appear in our parish history.

Launch by An Cathaoirleach and Mayor of Co. Galway Cllr. Pete Roche

Killererin – A Parish History was then launched by An Cathaoirleach and Mayor of County Galway Cllr. Pete Roche who also is a neighbour and friend and hails from the neighbouring parish of Abbeyknockmoy.  Cllr. Roche complimented the committee on this fine body of work and said that it was one of the finest publications he had launched that year.

Marie Mannion, Heritage Officer, Galway Co. Council then took to the stage and talked about the massive amount of research that was carried out to bring this book to publication and complimented the committee on their dedication and commitment to the project without which they could not have completed the book.

Music and entertainment was provided on the night by local duo Emmet and Emily Greaney and Moylough group, The Locals.  Light refreshments were also served and a very enjoyable evening followed which was enjoyed by all.

Where to buy the book

The history contains 800 pages and is in full colour and is a great achievement for the parish.  It is on sale in the following outlets with the possibility of adding more shortly.  Stones’ Centra, Barnaderg; Barnaderg Post Office; Ballyglunin Post Office, Donohue’s, Abbeyknockmoy and Eason’s, Tuam.  From today, it will also be possible to buy online.  The cost for international orders including Post and Packaging to anywhere in the world is €45 and to buy locally is €25.

We know you will enjoy what is between the pages!.