You are here: Home>Places>Places to see in Killererin

Places to see in Killererin

Places to see in Killererin 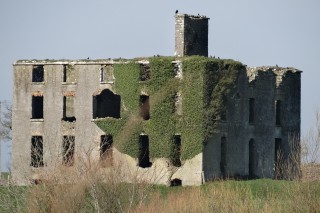 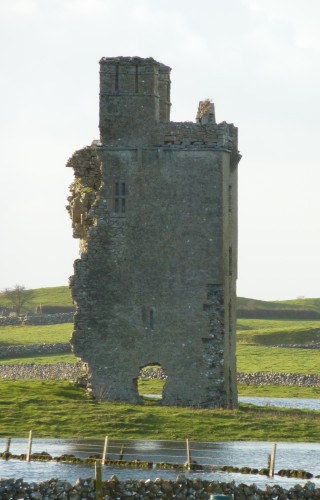 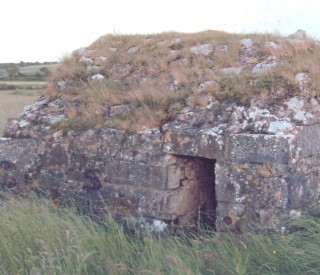 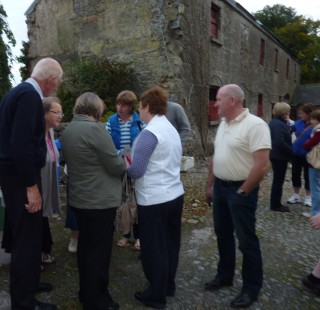 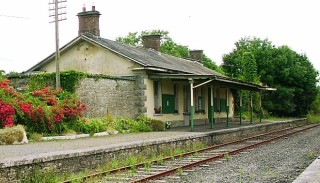 Ballyglunin Railway Station in the parish of Killererin, where scenes from the famous film 'The Quiet Man were filmed
Photo: Bernadette Connolly, Clogherboy

Plaque over door of former Bianconi stop at the home of Padraic and Mary Mullins, Dangan
Photo: Irene Boyle, Mountbellew

The RIC and Glenrock

Glenrock House, now in ruins situated on the right had side as you leave Barnaderg for Tuam was once the home of the Kirwan’s who were the landlords in this area, owning vast quantities of land in the Parish). The house was advertised for sale in the 1860s by the wife of Miles Kirwan. He died leaving no heirs. During the Irish Civil War, the house was used as the Royal Irish Constabulary Barracks and was burned down by the IRA on Easter night 1920. It had been evacuated a short time earlier.

Barnaderg Castle was built by Malachy O’ Kelly who was married to Fionnuala O’Connor. She was the daughter of Cathal Craobh Dearg O’Connor, a very wealthy man and one of the most important in Connaught in medieval times. The castle can be seen from many vantage points in the area and this would have reflected its important position in the geography of the parish. It is nearly 50 feet high and in some parts the walls are 4 feet thick. The area is prone to flooding

Castlemoyle was the seat of the Brownes. Michael J. Browne owned over 530 acres in Moyne in the Civil Parish of Abbeyknockmoy. In Killererin Brown was the landlord in Garra, Carrowgorm, Danganbeg, Polladooey, Slievegorm, Dangan Eighter, Dangan Oughter, Castlemoyle and Cloondahamper Brown. The house, now in ruins is said to be haunted.

An Teach Alais or the Sweat House is located in Creevaghbaun. It looks lie a small stone hut with a small entrance. It is said that it was used as a way of treating infections, particularly of the chest. It could have been used as a kind of sauna and was probably built by or for the Carmelite Monks. The Holy Well is located very close by.

Barnaersfort House as the home of the Ruttledge family for many years. The Ruttledges were landlords in Killererin. The house has a sweeping entrance is in its current form, replaces that original house that was burnt don i the 1920s during the Civil War. The Dunleavey’s live there now. The yard includes features like cobbled stones and large out-buildings that were once a laundry and stables.

Ballyglunin, also known as Ballyglooneen, was opened in November 1860 as a station for passenger traffic with a single 225 ft. platform on the east side of the track. It owes its existence undoubtedly to its proximity to Ballyglunin Park, residence of the Blakes, as well as Skerritt’s Brooklodge House and Bodkin’s Annagh House. For customers such as these, a first class service was provided. Around the turn of the century, Robert Blake would regularly have his evening meal cooked in the Shelbourne Hotel, Dublin and delivered to Ballyglunin station. In 1903 the Great Southern and Western Railway Company was the new owner of the line from Athenry to Claremorris. It revamped Ballyglunin and built the west platform of equal length but with a canopy and a single storey residence, waiting room, office & toilets, and lamp room (important at the time), and with a footbridge spanning the tracks. The bridge was taken from Clifden and it has now been moved to Ballinasloe. The 1903 improvements also included an enlarged roods store, a run-through goods store for two wagons and a cattle loading siding much used from 1935 to 1975 for loading beet wagons for Tuam Sugar factory.The busiest ever Sunday Ballyglunin saw was on the 16 July 1967, when six specials for Knock and five Galway-bound passenger specials went through in the morning and returned in the evening. But only eight days after that, the station was closed to goods traffic reopening for short periods each winter for the beet traffic until if finished in June 1980.

The Bianconi stops were widely used before the advent of railway. Indeed during the 1850s and 1860s many of the big houses for sale included in their description their distance from these stops. Commencing in 1815, his first car ran between Clonmel and Cahir in Co. Tipperary. By the end of that year, he was operating between Limerick and Waterford and business expanded from there. A nationwide network of routes, agents, drivers and horses followed. The 1860s, with the continuing advancement of the railway network coupled with Bianconi’s advancing years and no male heir, saw him break up and sell the business to agents and staff of the business.