You are here: Home>Places>My Own Place - A little bit of Ireland

My Own Place - A little bit of Ireland 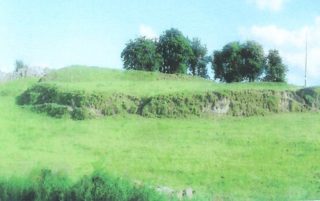 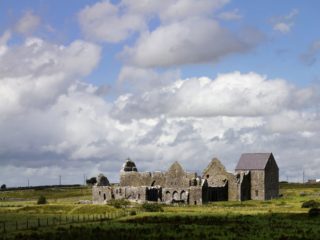 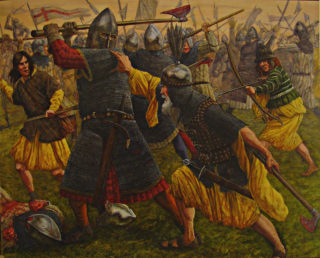 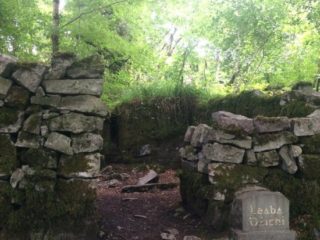 Far away hills are always greener

We are all familiar with the saying “Hills are green far away”. There seems to be an inbuilt wanderlust in man as most people seem to want to be somewhere else. Familiarity breeds contempt and I am coming round to the idea that the most interesting places may very well be right under our noses.

I am now inclined to group foreign countries with the circus … when you’ve seen one, you’ve seen them all. With the great advances in technology of recent times, one is free to switch on any of the numerous travel channels and have a ringside seat to view the beautiful scenes and breathtaking events all over the world. This applies equally to famous sporting events.

So what does “travel” mean in the 21st century? Has actual geographic movement become much less significant? Is it being superceded by armchair travel which gives the “tourist” far more time to enjoy, appreciate, interpret and create? After all, beauty is in the eye of the beholder. The longer you behold, the greater the chance to appreciate. Then of course, there is astral travel. It would be difficult to gauge the extent of this form of travel done during our sleeping hours. All of which reminds me of lines by the poet T.S. Eliot:

We shall not cease to wander,

Until we have arrived back where we started,

And recognise it for the first time.

I feel that I am able to recognise my own countryside for the first time. The continuity and unity of creating is becoming clearer with the passage of years.  On either side of my home, there is an excellent example of a late bronze age ring fort (c.1000-750B.C.) The two forts are connected by an underground passage – a common enough feature where two forts are in close proximity. No doubt the passage was also used as a souterrain refuge (hiding place) to protect the locals from outside marauders. Archaeological evidence suggests that settlement density grew in the late bronze age. There was also a lot of woodland clearance and organised mixed farming developed. The farmsteads were set within the fort surrounded by a bank and ditch and entered through a timber gate. The range of pots used during the middle bronze age was replaced by a wider variety of cooking and storage pots, together with fine jars, bowls and cups suitable for the service of food and drink. These changes reflect a change in attitudes to eating and drinking and also the greater wealth brought about by the advances in farming and a more settled way of life.

A couple of miles away is the townland of Cooloo (the Irish version is Cul Umha, meaning the bronze backwater). Cooloo is famous for its many hoards of bronze items in the form of knives, axes, adzes, hammers, swords, spears, harness fittings and occasionally jewellery. The availability of such disposable wealth is again indicative of the increasing wealth of the late bronze age.

Down the road on the N63 are the ruins of the famous Knockmoy Abbey. It was founded in 1190 by Cathal Crovderg O’Conor, King of Connacht. The first monks arrived from Boyle in neighbouring Co. Roscommon. Cathal Crovderg O’Conor spent his last days as a monk in Abbeknockmoy and died in the Abbey in 1224. He was buried in the grounds of the monastery, as was his wife seven years before. The Abbey thereafter became a mausoleum for several generations of the O’Conor family. In 1240, the Abbot was disgraced for allowing a woman to wash his head. In the later Middle Ages, the house fell under the control of the O’Kelly clan. Elaborate mural paintings can be found on the arch which  covers the tomb of Malachy O’Kelly, Lord of Ui Maine (d. 1403). The mural portrays the crucifixion. On the wall to the east of the O’Kelly tomb, another mural depicts, St. Sebastian, a saint frequently invoked against the plague. The mural would be a good illustration of late Gothic painting.

In 1542, Hugh O’Kelly, abbot in commendam, surrendered the Abbey to the King’s officials but successfully defended his possessions by acknowledging the supremacy of Henry V111. In return he was granted the Abbey and its lands for life. Subsequently, a form of secularised monasticism seems to have continued at the Abbey. Abbeyknockmoy is one of the most impressive Cistercian monuments in Ireland and can be accessed by the public at all times.

A little further along the N63, we come on the site of the Battle of Knockdoe, fought in 1504. It was the result of a private quarrel between the King’s deputy, the Earl of Kildare and Ulick Burke, a turbulent chief of Galway. On the battlefield and fighting for both sides were Scottish mercenary warriors known as “The Gallowglass”. Their principal weapon was the axe and this accounts for the large number of casualties. It is said that this is the first battle in Irish history where gunpowder was used. Ulick Burke was defeated after a day of vicious fighting. 4000 men were killed in the one day battle. Around the summit of Knockdoe are several mounds where the dead are said to be buried. Nearby, Lackagh village now has a museum detailing the history of the battle and housing many artefacts of historical significance.

Close by my own home in Dangan is a well preserved building associated with the Bianconi coach transport era. Built in 1842 in famine times, it was the main stop between Ballinasloe and Claremorris. Situated on top of a steep hill, it was an ideal location for feeding and changing the horses. Over the door is a Latin transcription praising those who in such hard times, had the courage to undertake such an ambitious project. I often think of the huge social change that Bianconi transport brought to 19th century Ireland. The Irish, in a relatively short time went from cart tracks and “shanks mare” to a cheap, efficient and nationwide transport system.

Not far away, about five miles west of the town of Tuam, stands the great hill of Cnoc Meadha (Knockma) so conspicuous in the landscape. Its northern slope is occupied by the woods and cultivated grounds of Castlehackett and on its summit stands the great carn within which, tradition and ancient history holds that Ceasair, one of the earliest colonists of Ireland, is buried. Here also, Finnveara, the Oberon of Irish sylvan mythology, holds his court.

But undoubtedly, its greatest claim to fame is the fact that from its summit may be obtained one of the grandest panoramic views in Ireland … the great plain stretching beneath and around Knockroe, the beautiful Abbey of Knockmoy, the towers of Athenry, Tuam of St. Jarlath, the round tower of Kilbannon, the ruined castles of the DeBurgos, the ships sailing in Galway Bay, the Slieve Bloom and Clare mountains and further west the Twelve Pins of Connemara. Then in Mayo, we have the Partry mountains, and the lofty peak of Croagh Patrick. In the Northwest, we can see Nephin and even some of the Achill mountains skirting Clew Bay with its wealth of little islands.

Like the poet William Wordsworth, “Oft when on my couch I lie” I visualise all these wonderful scenes and I feel at home, at peace, at one with nature and all of creation”.