You are here: Home>Places>Trigonometrical Stations in Killererin 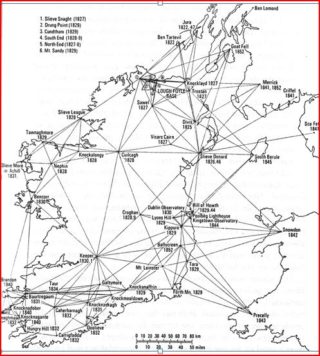 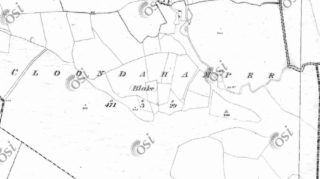 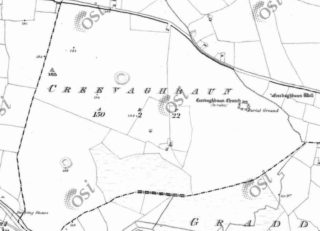 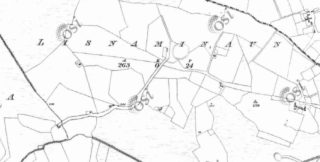 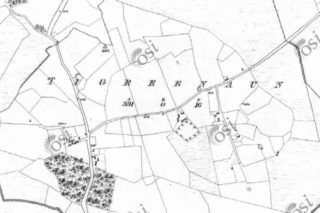 The Irish Ordnance Survey, under Lt-Col Thomas Colby, completed the world’s first large-scale mapping of an entire country by 1846. The survey, at a scale of 6 inches to one mile, was primarily a townland survey and not detailed enough for a proper valuation, so a more comprehensive survey was completed. By 1867, from Fair Head to Mizen Head every road, track, hedge, fence and stone wall, every river and stream, every house and barn had been surveyed so that Sir Richard Griffith and his team could plot their valuations.

Surveying an entire country was a long and complicated task. Firstly Colby and his team had to build a framework of trigonometrical stations upon which the mapping could be based. They are usually hand-cast in concrete, 4 feet high and 2 feet square at the base, tapering towards the top. The formal term for these columns is triangulation pillar, but this is usually shortened to trig pillar or trig point. Trig points are situated so that at least two other points can be seen from each station.

The mapping was done by triangulation and by creating a series of primary triangles. Sightings were taken between stations using theodolites. Much of this work was done at night to reduce the distortion caused by heated air.

….. In order to complete the network of triangles, the length of 1 leg of 1 triangle had to be measured. The leg chosen was along the shores of Lough Foyle and this measured distance is known as the Baseline. The accuracy of the measurement of the Baseline was paramount as it set the scale for the whole survey. ….. Measurement of the baseline began in 1827 and was carried out under tenting to avoid fluctuations in temperature. The bars were mounted on tripods and the total distance of 7.89 miles, which included crossing the River Roe, was completed in November 1828 after 60 days of measurement by 70 men. The accuracy achieved is still marvelled at today.

Based on an item at http://www.osni.gov.uk/index/aboutus/history.htm
with additional information from various sources.

In Killererin, Trigonometrical stations are situated in the following locations: