You are here: Home>Topics>Food Heritage of our Parish>Barnaderg-Gortbeg Group Water Scheme 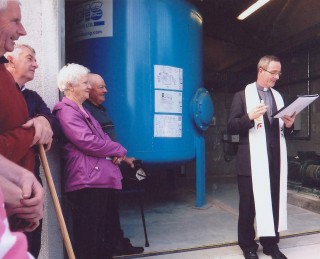 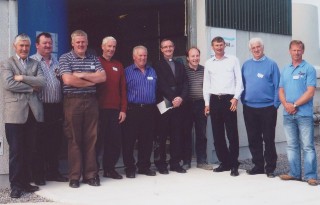 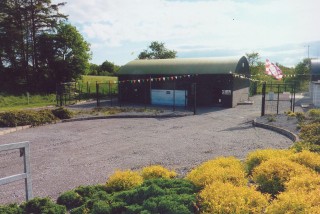 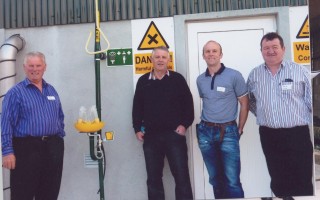 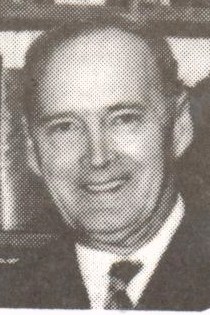 Remember the days when we went to the barrel, the river or the well, to collect water for our daily use. In winter, with the crowbar over the shoulder to break the ice in the pond so the animals could have a drink.

In the late sixties a group of parishioners came together and Barnaderg Group Water scheme was born. It was constructed in 1972 – 1973 led by Fr. Patrick Jennings P.P. Killererin and Willie Hanrahan to bring water to 230 homes and farms with distribution network of 51kms. It was constructed in 16 months by Ryder plant hire from Dunmore.

A materials quote at the time put the materials at a cost of £17,409, today that would be in the region of €1.5 million.

Annual charges in 1978 were: £30 for a public house; £22 for house and land; £10 for house only; House, land and dipping tub £25 of which there were three connected to the network. The average connection fee was £100 per house and the scheme received a further £200 from the Department of the Environment

During 1978 – 1979, a number of extensions were carried out to accommodate the farming community, with individual farmers sharing the cost.

Construction of new reservoir in 1999

Barnaderg Group Water Scheme constructed a new reservoir in the Spring of 1999 and source protection at the well site, to cater for over 430 homes and farms. This was opened by the then Minister for the Environment Noel Dempsey TD. With the ever increasing demand for water, the scheme had great difficulty in maintaining supply. Subsequent investigations revealed the seriousness of unaccounted for water due to faults in the network and in the connections. Pay by meter was introduced in 2004. This had an immediate benefit, thus, reducing water wastage.

The members made the decision to enter into a contract with Glan Aqua Ltd. to Design, Build and Operate (D.B.O.) the treatment plant on behalf of the scheme and amalgamate with Gortbeg in July 2006. Critical mains replacement began in 2007 – 26kms in phase 2 and 3 and a further 12kms in phase 4. A new rising main of 4.7kms was laid from pump house to reservoir in 2009.

A new treatment plant was constructed at the end of 2010 and new wells drilled in Spring 2011. It was found that the scheme has a superior raw water source 50 meters below the surface at Dangan. D.B.O. Treatment Plant came on line on 12th May 2011 to supply water to 815 homes with water that complies with European Community’s drinking water regulations. There are two reservoirs in operation at present, with a capacity of 1,454 cubic meters (320,000 gallons) which flows by gravity throughout the network. Currently, 1100 Cubic meters (242,000 gallons) per day are pumped and treated at the plant. Our network extends to 103kms at present.

After all the upgrade work over the past few years, the management committee which consists of 10 members who meet on a monthly basis, are now working on plans to replace more sections of the old pipe network, install more leakage detection equipment and data loggers which are used to give day and night time usage readings.

To celebrate 40 years of water, we held an open day on 9th June 2012 for members of the scheme to come along and see where the water originates from and the treatment process it goes through before it reaches your tap. Fr. Tod Nolan kindly came along to join us, had a chat with all present and got a tour of the plant. This was followed by prayers and a short sermon. Blessing of the well, new buildings and equipment then took place. Later that evening Mass was celebrated in St. Marys Church, Killererin, for all the deceased members of the water scheme.

The scheme has been blessed to have fabulous committee members over the years, who gave their time and expertise as it continues to evolve. Long may it continue!