You are here: Home>Topics>Food Heritage of our Parish>The Role of Butter in Irish Folklore

The Role of Butter in Irish Folklore

Sylvester Cassidy, first published in Out and About in Killererin, 2007 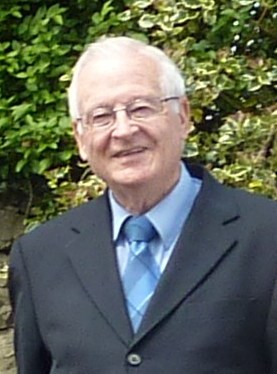 To understand fully, the folklore of butter in Ireland, it is necessary to trace the history of butter.

The first cattle arrived in Ireland about this time.  As the milk was being carried in earthen pots in rough carts over uneven terrain, it was discovered that droplets of butter fat formed particles, which we today call butter granules.  If the journey was of long duration, these granules clung together to form butter.

So the history of Irish butter begins.  The wooden dash-churn replaced the ‘cart journey’ – Brigid (patron of dairies, and pagan goddess) used this type of churn on her father’s farm – and the farmer could now do his churning in the shelter of his abode.  This butter was not only of nutritional value but was used by the pre-Celtic Fororaigh as a means of paying tribute.

Brigid, (not the Christian saint) spent the greater part of her youth working in her father’s dairy and no matter how much butter and curds she bestowed on the poor, she was always able miraculously to produce another full churn.

Butter was eaten fresh – this was highly regarded – or salted and it could be flavoured with herbs, leeks or garlic.  In later times, it was often enclosed in a wooden vessel and buried in a bog to be preserved and to mature.  The bog acted as a cool antiseptic storage place – something akin to a modern ‘deep freeze’.  Today, it is still discovered there in an edible! state after a thousand years.

That butter and milk, were part of a staple diet of Irish people is well documented.  A Spanish Armada officer shipwrecked off the West coast in the 16th century wrote of the Irish “They live in huts of straw.  The men are all large-bodied and of handsome features and limbs as active as a roe-deer.  They do not eat oftener than once a day and this at night and that which they usually eat is butter with oaten bread.”  From the second half of the 17th century, the production of butter became increasingly profitable.

Up to about 1890, butter was produced as elsewhere on individual farms from naturally ripened, manually skimmed cream.  Families produced firkins of butter between them for export and the women on a particular day would gather into a kitchen carrying their tub of butter on their heads.  All the butter would be poured into one container and washed well.  According to one account “a woman would spend an hour ‘ag tarraic corrain feir’  Salt and a little saffron were then mixed through it and the filled firkin was ready for market.  Weight masters were appointed to control weight and quality.  He would probe the butter with a long augur in case the farmers tried to deceive by adding mashed swedes or anything from stale butter to old trousers to make up the weight.

The butter was sent on horseback to the market from a central collecting office in the town or from the farms themselves and ‘giollai’ were hired at fixed rates to carry it.  They would have three firkins1 of butter on  horseback, one on each side in two baskets and the other on the straddle.  the ‘giollai’ would be at the back of the horse.

On the smaller farms, with only one or two cows, the farmer’s wife sold her butter in the local shops or fair and went to great pains in making quarter-pound or half-pound prints decorated with a cow, rose or a thistle.

Exports decreased from 1915 reaching almost zero during World War 11.  During the 1960s exports again increased and reached 40,000 tons in 1970.  Ireland lagged  ten years behind Denmark in making a required change in butter production systems.  By the beginning of this century, international competition meant that butter production had to become more modern and mechanised.  Initially, nearly all Irish creameries were small but amalgamations have resulted in some very large production units.

Today, modern creameries use very sophisticated equipment to produce butter in absolutely hugienic conditions.  This is a very far cry from the old days but unfortunately we have lost our folklore or rather it has not had a chance to develop.  Have we also lost a sense of community?  From the above history of butter, we can see how easily myths and magic became such an integral part of the making of butter.

For some images and more information, follow the link

1 A firkin was a British unit of measure for butter or cheese.