You are here: Home>Topics>Food Heritage of our Parish>Launch of Galway's Gastronomic Food Project 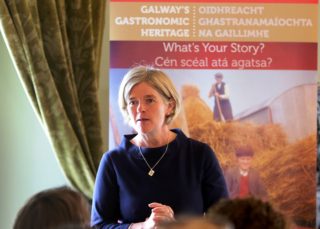 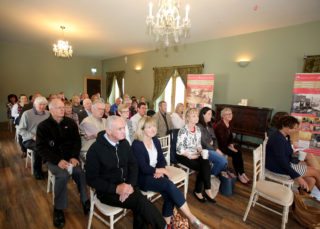 Some of those present at the Galway's Gastronomy Project launch at Claregalway Castle. organised by Galway County Council Heritage Office
Photo: Hany Marzouk 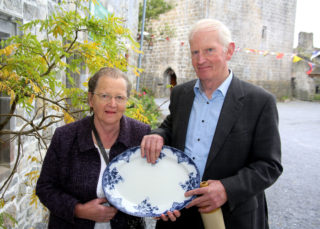 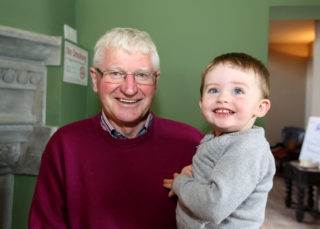 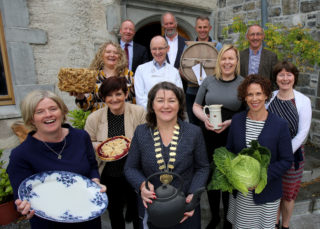 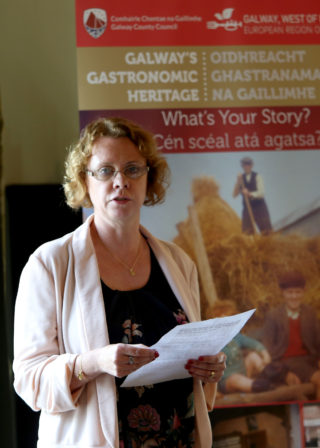 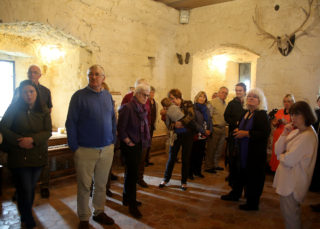 Heritage societies all around the county are presently beavering away carrying out research in their own localities, compiling an archive of photos, looking for recipes as well as being involved in a myriad of other activities relating to food heritage which are as broad and exciting as the imagination will allow.

Killererin has not been found wanting in this regard and we were delighted to see that a lot of the photos used in the banners on the day came from this committee.  The Heritage Societies ipresent on the day, all brought along props such as books, plates, butter churn and dishes of all shapes and sizes including two bottles from Mary and Dom Dunleavy dating back to the 1800s.

There were quite a few speakers on the day including Marie Mannion, Heritage Officer, Cllr. Eileen Mannion, Cathaoirleach of the County of Galway and Clare Doyle from Tuam who worked at one time on the CE scheme in Killererin and helped us with the compilation of our Parish History.  Several senior executives from Galway Co. Council and staff of the Heritage Office were also present on the day.

After lunch, we were treated to a guided tour of the Castle which was very interesting and informative and great credit is due to those who have brought the Castle to its present state of repair.  The quality of the workmanship and attention to detail is to be commended.

The day was a great success and we look forward to what develops over the coming months in the lifetime of this project and its conclusion in 2018.  Good luck to everyone involved.